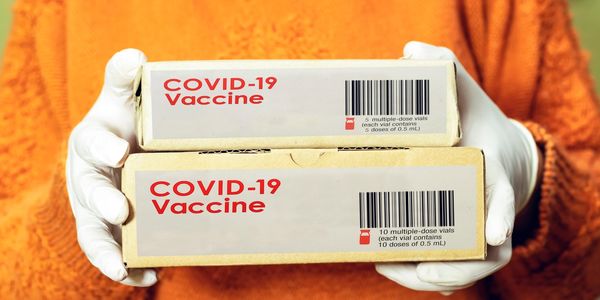 In under 2 years, the COVID-19 pandemic has killed over 5 million people around the world. Yet as people in wealthy countries such as the United States receive booster shots, billions remain entirely unvaccinated globally due to lack of access. As of October of 2021, pharmaceutical companies and wealthy nations had delivered only one in seven doses that they had promised to send to low-income countries in the global south.

COVAX, the World Health Organization's project to increase vaccine accessibility and equity, is working hard to ensure that people everywhere get vaccinated -- not just those living in rich countries in the global north. Less than 10% of people living on the continent of Africa are fully vaccinated, which some activists are calling a "vaccine apartheid." Pharmaceutical companies must act to distribute more doses to COVAX before it is too late.

Pandemics do not have borders, but pharmaceutical companies are acting like it. Every person on earth deserves protection from this deadly virus, no matter what country they live in or how much money they have. Keeping huge percentages of the world population unvaccinated is not just a human rights crisis, it is also a crisis for public health, as it increases the likelihood of new and deadlier variants to emerge and have consequences for all of us. As the Delta variant showed those of us in the United States, variants can be more transmittable and put massive stress on our healthcare system.

We are facing a new variant of the virus: Omicron. While we don't know yet whether this variant is a bigger risk to us, we do know that it developed because of insufficient vaccination, allowing for mutation among the population. To avoid future, potentially deadlier variants, we must have vaccine equity!

There is no excuse for pharmaceutical companies -- which have profited handsomely from vaccine distribution -- not to distribute some of their vaccine supplies to those in need. Sign now to tell these massive, powerful, and wealthy companies that they must distribute more doses to COVAX now!