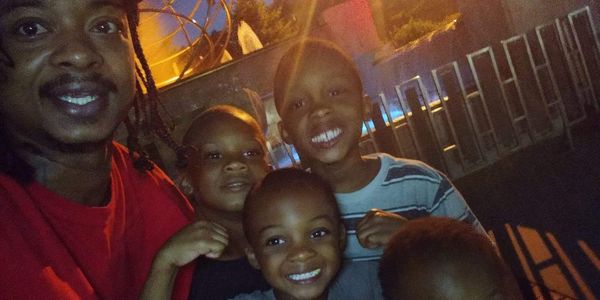 Justice for Jacob Blake, Shot in the Back 7 Times by Cops While His Children and Fiancé Watched!

{Photo was provided to journalists by Jacob's fiance}


Jacob Blake is a 29-year-old Black father who lives in Kenosha Wisconsin, part way between Chicago and Milwaukee. He is now fighting for his life after he was shot in the back 7 times by a white cop while his children and fiance watched. His father has told the press that he's paralyzed from the waist down, maybe for life. There is no excuse for a cop to shoot a person in the back, ever.

Sign now to demand that the cop who shot him is fired and charged with assault and attempted murder!

Jacob had apparently just been trying to de-escalate a domestic disturbance between two women. Someone called the cops and it's unclear what happened between their arrival and when the video starts. What we do know is that there is a video of Jacob attempting to get in his car, where his three young sons were waiting for him. The cops followed him around his car and when he opened the driver's side door, one of the cops grabbed his shirt, holding him in place while he fired at least 7 shots into his back. The end of the video is a haunting sound of the car horn as Jacob's body slumps into the steering wheel and we see a woman hysterically crying, yelling and jumping up and down at the violence she has just watched. His fiance, Laquisha Booker, also witnessed the shooting. Unclear so far if she is the woman in the video.

Three of Jacob's young children watched him get shot 7 times in the back at point blank range by cops. Those children will live with that trauma the rest of their lives, as will all the community members who were there. As of this writing on August 24th, 2020, Jacob is alive but in critical condition. None of this had to happen. Even if Jacob had been noncompliant, he was not threatening anyone. He was walking away. The cops had a lot of options if they wanted to detain him: taser, physically holding him, disabling the car so he could get away and many more. Additionally, being noncompliant does not give an officer license to kill. Ever. There is absolutely no possible scenario where this shooting makes sense.

Jacob had been helping his community by de-escalating an altercation, which is theoretically the job of the police. But in reality cops almost always exacerbate situations like this. Jacob was helping and he was repaid by being shot in front of his children and fiance. This is an unacceptable case of police brutality and we can't let it get swept under the rug like so many before. We are already starting to see arguments from horrible people about Jacob's character. But none of that matters. What matters is that he was shot in the back while walking away. Police do not get to be judge, jury and executioner.

Of course the cops are on administrative leave, which is another way to say paid vacation. Sign the petition to demand the officer who shot Jacob is fired and charged.

The family's gofundme can be found here.

Care2
Justice for Jacob Blake, Shot in the Back 7 Times by Cops While His Children and Fiancé Watched!
SHARETWEET