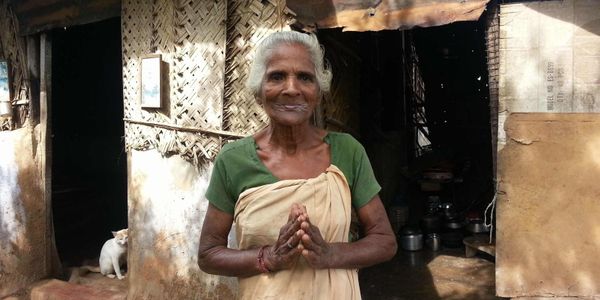 The victims and survivors of the bloody civil war that ravaged Sri Lanka for 26 years are looking to the international community to establish an international judicial process for war crimes and crimes against humanity in Sri Lanka.

We join the signatories of an open letter calling on members of the Human Rights Council – which meets this week to consider the report of the High Commissioner’s investigation into the war crimes – to act with courage and consistency to ensure true justice in Sri Lanka.

It has been six years since the end of the civil war in Sri Lanka, which killed around 200,000, led to the displacement of more than a million people, destroyed infrastructure across the country, and took a heavy toll on the lives and livelihoods of the population of the Northern and Eastern Provinces.

The last few months of the war marked some of the worst massacres and war crimes of this century. In January 2009, the government of Sri Lanka launched its final offensive against the Liberation Tigers of Tamil Eelam, or Tamil Tigers. Two weeks into the final assault, the government declared the first "No Fire Zone" and encouraged hundreds of thousands of Tamil civilians to gather there for their own safety. The government then launched a deadly, sustained, and deliberate shelling campaign on this and subsequent "No Fire Zones." One UN report estimated that as many as 40,000 died in just a few weeks, most killed by government shelling. A more recent UN report suggested the death toll could be 70,000 or more.

Just as it was necessary to set up an international inquiry to investigate the atrocities of the war, it is necessary to follow that with an internationally mandated judicial process. A purely domestic process – run by the government that won the war – would inevitably be a “victors court” and would fail to have that fundamental element: the confidence of the victims.

As people concerned with human rights and the need to respect international humanitarian law, we call for an international inquiry into war crimes and crimes against humanity, which will contribute to a process of truth, justice, and accountability that can bring peace and reconciliation to Sri Lanka.

Now a new challenge faces the international community – to ensure that a genuine process of truth recovery, justice, and reparations is initiated to achieve genuine reconciliation that serves the needs of all victims and all the communities of Sri Lanka.

In March 2014 the UN Human Rights Council (HRC) established an international investigation into allegations of crimes committed during and since the war – known as the Office of the High Commissioner’s Investigation on Sri Lanka or OISL.

The HRC established the OISL because it had concluded that the Sri Lankan government was neither willing nor capable of carrying out its own domestic investigation into those crimes. The OISL’s report was due to the HRC last March, but upon the election of President Maithripala Sirisena, the UN High Commissioner for Human Rights delayed the report until September 2015.  At that time, HRC members made clear that they expected to see concrete steps from the government of Sri Lanka to support a credible justice mechanism, enhance human rights, and facilitate reconciliation. More than six months later, it is clear that reconciliation has not progressed between the Tamils and Sinhalese.

The government has made commendable progress confronting corruption and instituting democratic reforms. The adoption of the 19th Amendment is especially laudable. These reforms, however, while welcome, should not be confused with justice for victims. In effect, democracy is being restored in Sri Lanka’s South, while the largely Tamil lands of the North East remain under military occupation – and the Minister of Defense has pledged that the army will not be withdrawn.  While tens of thousands of displaced persons await resettlement, the military has entrenched itself in the North East, engaging in property development and business ventures. There is no incentive for it to relinquish the lands it holds to its rightful owners. Militarization also increases the vulnerability of Tamil women to sexual violence. A March 2015 Report of the Secretary-General stated: “There are indications that abduction, arbitrary detention, torture, rape and other forms of sexual violence have increased in the post-war period. Allegations of sexual violence by the Sri Lankan security forces against members of the Tamil community in the closing months of the war and in the post-conflict period have been extensively documented, but rarely addressed.” The failure to protect Tamils and address this widespread sexual violence has deepened tensions and bred a culture of fear in the North and East of the Island.

Sri Lanka still has the second highest number of disappeared in the world after Iraq. Victims desperately need to know the whereabouts of their missing relatives.  Though thousands of Tamils should have been in government custody having been captured or surrendered or arrested, the government reported that there were only 273 political prisoners in custody. The government has failed to take the responsibility for locating or accounting for the disappeared. Despite talk of reconciliation, the administration has not acted on an essential confidence-building measure: releasing the names and details of prisoners it holds or who surrendered at the end of the war. Instead, the government has reinstated and promoted army commanders accused of direct command responsibility for war crimes.  The factors which led the HRC to conclude that an international inquiry was necessary have not changed.

We list these events not as an attack on the new government, but instead to demonstrate that even with the best intentions in the world the Sri Lankan government is not capable of running a credible domestic inquiry into the alleged crimes of its own forces. It is certainly not capable of mounting a judicial process which would have that essential quality: the trust of victims.

The Tamil community’s distrust of the government arises from a long history of the failure of the state to administer justice. The Tamil experience has been one of massacres, extrajudicial killings, enforced disappearances, torture, and rape, even before the bloody end of the war in 2009. Violence has been paired with laws that have systematically marginalized Tamils. These crimes have been met with near total impunity.

Other communities, too, have suffered from this culture of state impunity. In the seventies and the eighties thousands of Sinhala people were massacred and disappeared by state violence.  An end to state impunity in Sri Lanka is in the interests of all the communities of the island.

We raise this history to illustrate the great challenges to justice. As noted above, very little has changed since the UN set up the inquiry over a year ago. The government has announced that a domestic mechanism will be in place by September 2015. Such a mechanism will almost certainly fail to meet a touchstone standard: consultation with affected parties and confidence of the victims.  This failure will follow in the pattern of all such previous efforts. The UN’s Special Rapporteur on Transitional Justice, Mr. Pablo de Greiff, recently observed that Sri Lanka has a long record of ineffectual “commissions of inquiry.” He noted:

Failed, inadequate or uneven implementation of their recommendations has been a common feature. They have not contributed to closing the significant confidence gap between communities, to securing the rights of victims to truth, justice, reparation, and guarantees of non-recurrence, or to making State institutions more trustworthy in the eyes of citizens. On the contrary, the accumulated result of these efforts has increased mistrust in the Government’s determination to genuinely redress those violations.

A judicial process set up by the victor cannot deliver justice for all.  As international supporters of human rights and humanitarian law, and in solidarity with all the communities of Sri Lanka, we call on the international community to ensure that Sri Lanka is on a trajectory towards genuine justice and reconciliation.

Soon, the HRC will consider the OISL report into the crimes committed by all sides in the war. This report will follow the UN’s 2011 Panel of Experts Report and the 2012 Petrie Report. These three reports demonstrate the facts and circumstances of the grave atrocities that occurred during and since the civil war’s conclusion. The release of the OISL report should not mark the end of the international community’s responsibility to the people of Sri Lanka.

With the facts in hand, the HRC must fulfill its duty by establishing an international independent judicial process under UN auspices. We do not intend to spell out the specifics of such a mechanism, including its possible location, however at a minimum it must entail:

• Application of international criminal law, including war crimes, crimes against humanity, and genocide;
• Consultation on the mechanism’s design with all affected groups, especially victims;
• Independent operation and adequate funding;
• Guarantees of witness protection;
• Access to information from all sources, including government and military;
• Finally, and most importantly, it must entail the appointment of independent and competent personnel by the UN to constitute a significant majority in key positions – prosecutors, judges, and investigators – and jurisdiction to investigate and prosecute the alleged atrocities committed by both sides.

Sri Lanka must incorporate international crimes under its domestic law and also sign on to the Rome Statue to demonstrate its genuine commitment to non-recurrence.

The HRC must be clear that the only way those conditions can be guaranteed is by the establishment of an independent international judicial process. In 2009, the world failed to protect Sri Lankan civilians. In 2015, we urge you to rectify that failure by mounting a credible judicial process. The creation of such a process is essential to prevent future atrocities and promote long-term reconciliation.

Thank you for your kind consideration.