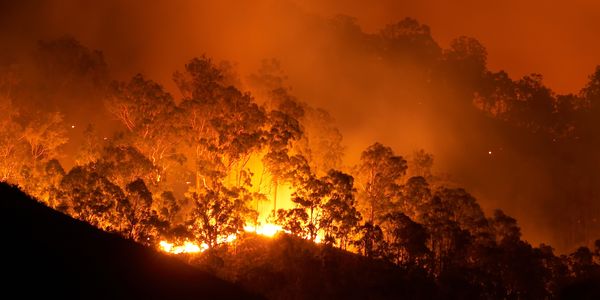 According to Australian Prime Minister Scott Morrison, there's no need to panic. But tell that to the tens of thousands of Australians who are evacuating their homes and the thousands of endangered koalas that have lost their lives due to the bushfires. The flames have been raging across the nation for months and have destroyed everything in their path.

Morrison believes that his administration is doing everything they can to get things back under control during this crisis. But that isn't exactly the case.

Sign the petition and demand Prime Minister Morrison cut back on coal production and take action against climate change.

Coal is big business in Australia; it's one of the most important parts of the country's economy. But the emissions created by burning coal are directly contributing to global warming, causing temperatures to beat records year after year and droughts and fires to become even more intense.

Despite national and global outcry from the public and the science community, Morrison refuses to take action by putting stricter controls on the mining, use and production of coal. In fact, the PM got into office partially due to his staunch support for the coal industry. And even as his nation burns and scientists point the finger at climate change, he says everything is under control and that they are taking appropriate steps to ensure people's safety. That may be the case now, but we need to take action for the future. For Australia and the rest of the world to be safe, the country must make difficult decisions that will help stop, not delay, further global warming.

PM Morrison MUST take the threat of climate change seriously. He must make the uncomfortable choice of cracking down on coal, and he must do it now. Please sign the petition and demand that Australia curb coal use and production on the continent.
Sign Petition
SHAREShare this petition with friends!TWEETEMAILEMBED
Sign Petition
See more petitions:
You have JavaScript disabled. Without it, our site might not function properly.