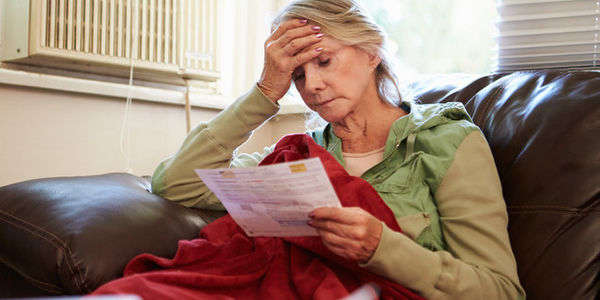 When Donald Trump was campaigning to become President of the United States back in 2015, one of his most overarching messages was this: I will be there for you — the little people, the working-class, the overlooked who live paycheck-to-paycheck. I will make life better.

Now, fast-forward to October 2020. Unemployment has skyrocketed. Hospitals are on the verge of financial collapse. Evictions are rising all across the nation. Economists are warning of a worse recession than in 2008. And a deadly virus looms over it all, like a super-villain in the background.

And what is Donald Trump's response? He's playing childish games, changing his mind every day about whether or not he's going to let Congress pass another stimulus package that will offer an economic lifeline to everyday Americans.

Sign the petition to demand that Donald Trump stop getting in the way and let Congress help the American people!

What he's doing is extremely simple: He is holding the money that you and I desperately need hostage. Donald Trump has said that he does not want Congress to help Americans until after the November election is over. Why? Because he wants to essentially threaten us into voting for him.

This is a mobster-like move. "Keep supporting me, or I won't protect your storefront." "Talk me up to your friends or I'll look the other way as bad things happen to you." He is dangling the financial assistance that so many Americans cannot survive without in front of the country, saying we can't have it until we first give him what he wants.

What kind of leader does this to their own people?

We are already in desperate straits, money aside. As of October 11, 2020, more than 215,000 people in the U.S. have died from the highly infectious disease COVID-19, most within a seven-month period. COVID-19 now accounts for more American deaths than five different U.S. wars, all added up together. This is a year of national mourning and crisis, and we should be able to count on our Commander-In-Chief to put us, the people, first, and to think of our needs before his or her own.

Not so with Donald Trump. He doesn't care about ethical "shoulds" and inconveniences like empathy. What he DOES care about, though, is bad press. In fact, it might be the absolute only thing he cares about.

If we can get enough signatures on this petition to publicly humiliate him, he will have to think about passing a new COVID economic relief package to take care of the American people. It's up to us to turn up the pressure.

Demand that Donald Trump do his job and work with Congress to pass a stimulus measure now!
Sign Petition
SHAREShare this petition with friends!TWEETEMAILEMBED
Sign Petition
See more petitions:
You have JavaScript disabled. Without it, our site might not function properly.