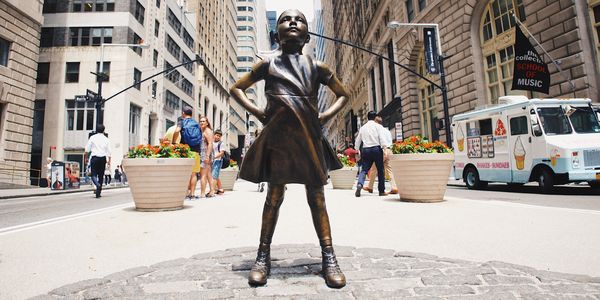 The SEC is accepting comments until February 3, 2020.

Custom letters have more weight than just a signature.

Click on "More" below to copy a template letter into "Why Is This Important to You" box to the right; then customize it with your specifics before you hit send.

Shareholder democracy – the right of all shareholders to express their concerns to companies through resolutions – is threatened by these proposed rules. The proposed rules would dramatically raise the amount of company shares necessary to submit resolutions; make it difficult to refile innovative resolutions; and add stringent requirements for shareholder representatives, among other things.

The SEC's proposed rule changes are a misdirected attempt to silence shareholder voices, undermining a process that has worked well for half a century. It is critically important that you share your concerns with the SEC today.

Please copy the template letter provided under the dotted line to write your own letter in the box titled "Why is this important to you?" A PERSONALIZED LETTER COUNTS MORE THAN A FORM LETTER. Just click on the "More" button below to copy the template letter into the "Why Is This Important to You" box to the right; then customize it with some specifics before you hit send.

In personalizing the letter, tell the SEC why you, as an investor, want to be able to file and vote on social, environmental, and governance issues for the companies you own. Describe why you are concerned about the potential for harm to companies from their risky business practices including climate change, lack of employee rights, lack of board independence, and other practices that harm your company's reputation. Let the SEC know your story!

[Shareholder or organization] submits the following comments in response to the Securities and Exchange Commission's proposed rulemakings published in the federal register on December 4, 2019 (84 FR 66518 and 84 FR 66458).

The founding purpose of the Securities and Exchange Commission is to protect investors, yet the SEC's proposed rules will curtail the rights of investors, especially smaller investors, to raise issues of concern about business practices at the companies they own. Shareholder resolutions are a powerful way to encourage corporate responsibility and discourage practices that are unsustainable, unethical, and increase a company's exposure to legal and reputational risk.

The first proposed rule not only dramatically increases the amount of shares investors must hold to file resolutions at their companies, it significantly increases the vote thresholds necessary for refiling, and creates numerous steps that make it more difficult for others to file resolutions on their behalf. The second proposed rule suppresses the voices of independent proxy advisory firms that make informed participation possible for small shareholders. The proposed rules are prejudicial and unnecessary, and we urge the SEC to withdraw them.

[Describe issues that are important to you and/or your organization, any past successes with the shareholder proposal process, or issues raised by other shareholders that you supported to reduce risk and improve practices at your company.]

The Proposed Rules Undermine the Rights of Shareholders

The current threshold to file a shareholder proposal was intentionally set at a level of $2,000, allowing institutional and individual shareholders alike to engage with the governing bodies of a corporation. The proposed rule raises the ownership requirements from $2,000 up to $25,000 for investors who have owned company shares for one year – a 1200% increase. The newly proposed amounts place proposals out of reach for most mainstream investors. Many Main Street investors with diversified portfolios will never own $25,000 worth of one company's stock or even the lesser amount of $15,000 when shares have been held for two years. The requirement that a shareholder retain a stock for 3 years before the filing amount falls to $2,000 in shares creates additional difficulties associated with ensuring that particular stocks are held in portfolios over time without interfering with normal diversification activities.

These proposed requirements are discriminatory to small investors without justification. Proposals from small shareholders, both individually and in the aggregate, have resulted in significant corporate advancements in gender parity, racial diversity, transparency, labor practices, environmental policies, climate change, and more.

[Have you been represented in a proposal by your manager or advisor or another group? How important was that to you?  Do you think you might like to be represented in the future?]

The proposed amendments create burdensome and unequal requirements on shareholders who wish to be represented by agents. As an example, the proposed rules would mandate that shareholders who had a proposal filed by their manager or other an agent must personally make themselves available to the company for dialogue, in person or by phone, within a certain limited period of time. This infringes on investors' rights to select an agent to represent their interests, and is unnecessary to "protect" shareholders, as those agents are bound by a fiduciary duty to their clients. The rules would also prevent an agent from representing more than one shareholder at a given company. Average shareholders with valid concerns about their company's actions who do not have expertise in the complicated filing and no-action process established by the SEC, should be able to be represented by an agent under the same rules as other filers. It is a baseless interference in the representational process to burden and limit their representation, especially with no clear benefit other than, apparently, to limit or prevent the efficient representation of shareholders.

Being represented by agents is a standard mechanism in our society. From realtors to lawyers, individuals, companies, and institutions are often represented by those with experience in a complicated arena. The SEC fails to justify its inappropriate interference in this agency relationship.

Similarly, proxy advisory firms help individuals and institutional investors by providing independent, efficient, and cost-effective research services to inform their proxy voting decisions. This is particularly crucial where fiduciary responsibilities exist. The proposed amendments will slow this process, create additional costs and burdens to the proxy firms and therefore to their clients, and will unfairly allow companies to interfere in the provision of information to shareholders. Companies have ample opportunity to share their opinions and justifications with their shareholders.

[Do you vote your own shares using proxy service analysis or does your asset manager vote for you using data from proxy analysts? If so, be clear that this process is an arms- length transaction you value and rely on and with which the SEC should not interfere.]

There Are No Demonstrable Problems with the Existing Rules