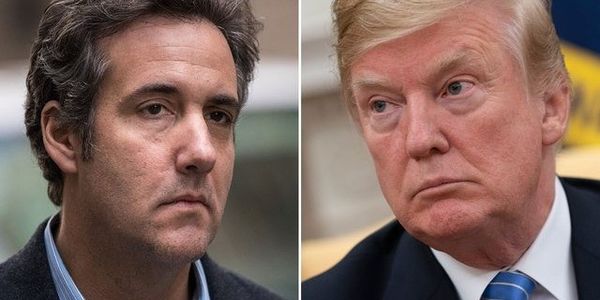 Despite a constitutional obligation to serve as a check on the executive branch, this Republican-controlled Congress has done next to nothing to assert its authority over the president. There have been no hearings, barely any legislation passed, and the GOP seems more deferential to the man in the Oval Office than the American people.

Cohen testified that the payments were made "in coordination with and at the direction of a candidate for federal office," a reference to Trump. Cohen thereby implicated him in a federal crime, naming him as an unindicted co-conspirator.

It is Congress's duty to investigate the serious and substantial allegations into felony activities by the President of the United States, and we demand that they do so at once!

Even Cohen's lawyer, Lanny Davis, suggested that the president was guilty of a crime.

"Today [Michael Cohen] stood up and testified under oath that Donald Trump directed him to commit a crime by making payments to two women for the principal purpose of influencing an election," Davis tweeted. "If those payments were a crime for Michael Cohen, then why wouldn't they be a crime for Donald Trump?"

Of course it would!

With the president's own "fixer" admitting that Trump broke the law, it is time for Congress to stop cowering to this corrupt president and begin holding him accountable for his crimes. There must finally be hearings to determine whether or not he is fit to remain in the office. Congress works for us, not Donald Trump.

Republicans, many of whom are still in office, were quick to call for Bill Clinton's impeachment for lying to cover up an affair. This is a much more serious matter by any standard. Trump is accused of obstructing justice to cover two felonies that he committed in pursuit of the presidency. Our democratic institutions are not to be manipulated for partisan gain or the pursuit of power.

We demand that Republicans in Congress end their complicity in Trump's criminal enterprise and, at long last, protect the interests of the United States. Begin hearings into the president's crimes at once!