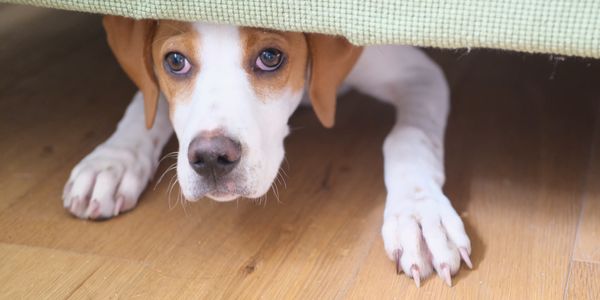 A Texas Resident Keeps Abusing Their Dog So Badly, Neighbors Hear Its Screams Through the Walls

A concerned resident in Austin, Texas has been trying to report clear evidence of animal abuse to authorities for more than a year - but so far, police haven't done anything. Almost two years ago, the woman began hearing sounds of a dog screaming out in pain, along with thudding sounds, in one of her neighbor's condo units. This was so disturbing, the woman began recording evidence.

By documenting the horrific noises she heard, she hoped to stop her neighbor from continuing to abuse their pet animal over and over again. But that wasn't enough for authorities. Then, more recently, the neighbor happened to walk by her door's security camera - kicking his dog as he walked. She took this visual evidence to the police as well, and still, nothing's changed. She still hears the owners beating their dog regularly.

Why haven't police in Austin, Texas helped this poor dog, who is so clearly in need of rescuing? Ignoring the animal's plight is criminal in its own right!

Police and other authorities have tried passing the buck back-and-forth, saying each agency is waiting for another to take action. But in the meantime, an innocent, helpless, captive animal is being tormented. What is the point in having laws to prevent animal cruelty if officials won't enforce those laws?

All animals deserve to feel safe, secure, loved, and well cared for. The fact that police are knowingly leaving this dog in such a dangerous, sadistic environment is unconscionable. Authorities' refusal to intervene - despite clear and compelling evidence of abuse - makes them complicit in this problem!

Sign the petition to demand that Austin, Texas authorities immediately intervene to protect this abused dog. They must also ensure that this cruel owner never gets their hands on another animal ever again!
Sign Petition
SHAREShare With FriendsTWEETEMAILEMBED
Sign Petition
See more petitions:
You have JavaScript disabled. Without it, our site might not function properly.

Care2
A Texas Resident Keeps Abusing Their Dog So Badly, Neighbors Hear Its Screams Through the Walls
SHARETWEET