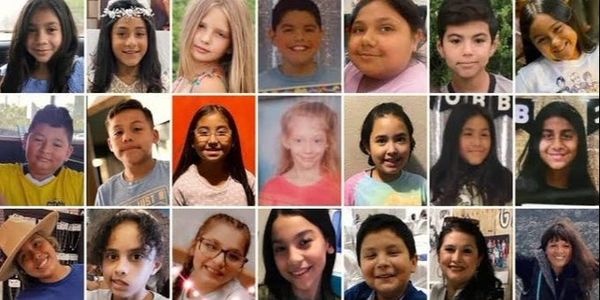 "A Child's Right to Safety" Petition to POTUS

The Petition to POTUS to Enumerate "A Child's Right to Safety"

"We, the undersigned United States citizens, petition POTUS to immediately direct the Census Bureau to expeditiously conduct an American Community Survey and a Post-Enumeration Survey asking the question, 'Does a Child Have a Right to Safety?' Once the ACS is completed and tabulated, we ask POTUS to ensure the resulting answer is publicly published post-haste. If a majority affirms this right, it becomes a defacto enumerated Constitutional right and the law of the land."

Signature (Enter Information to the right)

An Argument for Enumerating "A Child's Right to Safety"

Does a Child Have Rights?

Although not constitutionally protected, a child in the United States has the implied right to health, education, a family life, play and recreation, an adequate standard of living, and to be protected from abuse and harm. In recent years, state laws and child protective services have over 400,000 children placed in foster care to protect them from neglect, abuse, and harm and provide for their care and safety. It hasn't always been so.

For much of our history, children were abused, neglected, and often forced into involuntary servitude, simply because of their age, lack of power, and the absence of adequate legal protections. In the rest of the world, every nation has ratified the United Nations Convention1 on the Rights of the Child (UNCRC). It acknowledges the primary role of parents and the family in the care and protection of children, as well as the obligation of the State to help them carry out these duties. The enumerated Rights of a Child are;

1. Survival rights to life and the needs that are most basic to existence, such as nutrition, shelter, an adequate living standard, and access to medical services.
2. Development rights to education, play, leisure, cultural activities, access to information, and freedom of thought, conscience, and religion.
3. Protection rights ensure children are safeguarded against all forms of abuse, neglect, and exploitation, including special care for refugee children; safeguards for children in the criminal justice system; protection for children in employment; protection and rehabilitation for children who have suffered exploitation or abuse of any kind.
4. Participation rights encompass children's freedom to express opinions, to have a say in matters affecting their own lives, to join associations, and to assemble peacefully. As their capacities develop, children should have increasing opportunities to participate in the activities of society, in preparation for adulthood.

So far, the United States remains the ONLY nation in the world that has not yet ratified the Convention on the Rights of the Child. That's US, the indispensable nation, the "Shining City on a Hill."

At the same time, we've enshrined the Right of an 18-year-year-old, the day after they are a legally a child, to freely purchase and arm themselves with an AR-15 semi-automatic military assault weapon along with unlimited amounts of ammunition. They roam free to mass murder defenseless innocents younger than them. Over and over again, in spite of our blistering outrage and bottomless despair, fanatical lone wolves stalk, ambush, and assassinate our children. All because a reactionary SCOTUS has ruled they have an unfettered inalienable right to do so.

Swinging Fists and Vulnerable Noses
There's an old saying in the law, "Your right to swing your fist ends where my nose begins." This adage declares that Rights have boundaries, even inalienable ones. Rights can, and often do, conflict with one another. When they do, prioritized choices must be made. At the end of the day, the best choice is the one that provides the most benefit and the least harm.

So, who is entitled to make such choices? Who is best able to prioritize, balance, and exercise prioritized rights? I assert it is the holder(s) of these rights. In our constitutional republic, the rights must generally be enumerated in the Constitution, and the power to legislate, enforce, and adjudicate is delegated to the representative government in the interests of "We the People."

As declared in the 9th Amendment, unenumerated individual inalienable rights exist outside the Constitution. Some are long-standing, others emergent. "We the People" have retained inherent powers and rights, just like POTUS and Congress, to enumerate and exercise.

With these propositions as context, what are the rights of an American child? Do American children have an inalienable Right to Safety?

If an inalienable Right has been retained by the People, SCOTUS has dictated it is not constitutionally protected. So, if our representatives in Congress, or the States, don't pass veto-proof enumerating legislation, there is no internal Constitutional means to do so.

Our Founders were enlightened and realistic men. They understood that one day the government they created could become ruled by a dictatorial minority, abusive, or detached from those it serves. So, they ensured we had another way. It's in the language of the 9th Amendment. It enables us to directly exercise our retained extra-constitutional power to enumerate a Right ourselves. If a majority of us credibly, and legally, articulate and declare that our children have a Right to Safety, then it becomes a Constitutionally-protected Right. If, and when it does, then it is subject to Constitutional jurisdiction and powers.

At that point, the "Right to Bear Arms" and a "Child's Right to Safety" become the swinging fist and vulnerable nose. Congress and SCOTUS would be compelled to exercise their Constitutional roles and powers to protect a "Child's Right to Safety" by balancing, prioritizing, and optimizing it by setting new constitutional limits on the scope, access, and the exercise of the Right to Bear Arms.

Ways to Enumerate a Retained Right
One way to enumerate a retained right is through our elected representatives in 1) state legislatures and 2) Congress. Another way is through the Supreme Court recognizing the right and exercising judicial powers to protect it. Unfortunately, polls routinely report that legislative representatives, through gerrymandering and by catering to special interests, consistently ignore the Will of the majority of the American People. There is no national ambiguity. Yet, our Congress is unable to protect a child's right to safety because of a doggedly recalcitrant minority.

So, what can we do in the midst of this gridlock?

Decide for Ourselves
Like our forbearers, we don't have to be Harvard graduates or Constitutional lawyers, to read and write English, comprehend the meaning of a sentence, and Reason. The 9th Amendment is not so obscure or opaque that it requires judicial parsing or divination. It is written in simple language everyone can easily understand. Many of our Founding Fathers weren't lawyers. They were common men who rose to greatness in uncommon times. We must do the same.

The Opportunity
Thankfully, our Constitution provides another path. The Founders of our fledgling nation had a bold and ambitious plan to empower the people over their new government. The plan was to count every person living in the newly created United States of America and to use that count to determine representation in Congress. As early as 1870, the Supreme Court characterized as unquestionable the power of Congress to require both an enumeration and the collection of statistics in the census.

In 1901, a District Court said the Constitution's census clause (Art. 1, Sec. 2, Clause 3) is not limited to a headcount of the population and "does not prohibit the gathering of other statistics, if 'necessary and proper,' for the intelligent exercise of other powers enumerated in the Constitution, and in such case, there could be no objection to acquiring this information through the same machinery by which the population is enumerated."

This, and subsequent decisions, are consistent with the Supreme Court's recent description of the census as the "linchpin of the federal statistical system … collecting data on the characteristics of individuals, households, and housing units throughout the country." Dept. of Commerce v. U.S. House of Representatives, 525 U.S. 316, 341 (1999).

In executing its powers to collect vital information, the Census Bureau conducts scores of surveys. They are about population, income, commerce, etc., and are used to allocate funding, and provide decision-making data to Federal, state, and local legislators, businesses, unions, appropriators, etc. The reliability and validity of these surveys have been tested over time and can be trusted.  One of these surveys is the American Community Survey (ACS).

Using the ACS to Directly Enumerate Retained Rights
The ACS is an ongoing Census survey. It provides vital information yearly about our nation and its people. The questions are approved in a well-established protocol. We the People can utilize the ACS to directly express, delineate, and constitutionally enumerate retained rights. We can answer ACS questions that are then tabulated. The Census Bureau can count and report whether or not a majority of us want a retained right enumerated. Moreover, the Census Bureau has the funding, staffing, and expertise to quickly implement such a census if and when directed by the President. If we use the Census Bureau, we are constitutionally able to directly express our Will to enumerate any and all of our retained Rights just as the 9th Amendment envisions.

If, after you read the "Petition to POTUS to Enumerate a Child's Right to Safety," you want to add your name, then I ask you to please sign it!

What else can you do? You can spread the word as far and wide as you are able. You can tweet the link to this petition to all your followers. You can retweet and retweet again. The more signatures we have, the greater our power to get that ball rolling. Make our Will and movement that will be impossible to ignore!

Whether it is a child's right to safety, or a woman's right to choose, or same-sex marriage, or contraception, or travel, or exercising any of our other retained rights, it is "We the People" who are the masters of our fate and the captains of our souls.

Care2
"A Child's Right to Safety" Petition to POTUS
SHARETWEET