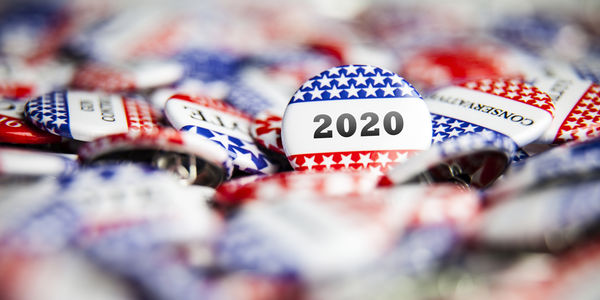 This Is Bigger Than Any Candidate. We Must Defend Democracy No Matter What!


Please sign on if you support an election that is free of voter suppression and intimidation, where every ballot is counted and any irregularities are transparently investigated.

Remember: your vote counts. Many races come down to the difference of a few thousands votes. This is why every single vote must be counted and recounted if necessary.

Here are the basics of what we must demand to ensure a truly legitimate democratic election:

Unfortunately, since the founding of the United States, there have been efforts to make sure only some voices are heard. From barring Black Americans from voting, to barring women, to "literacy" tests, to poll taxes and their modern day manifestations, it's been an uphill battle to make sure every American truly had a voice. But democracy depends on each person actually having a voice. We need to bolster the legitimacy of this election by holding local boards of elections, state legislatures, Governors, and eventually Congress to these standards...no matter what.

In the 2020 election cycle, there have already been blatant efforts to bar certain people from voting. From shutting down ballot drop off stations in Texas, to the meticulous dismantling of the USPS before an election that will have a record number of mail-in ballots, to forcing formerly incarcerated people to pay all their court fees to get their right to vote back in Florida (which is a modern poll tax), clear efforts to make voting harder are underway. This should alarm everyone, regardless of your political party. If you don't want everyone to vote, you don't believe in democracy.

This is about a lot more than a single candidate or a single party. But we should also be clear that the current president of the United State is actively trying to undermine democracy by falsely claiming that voter fraud in mail-in ballots is a big problem even though study after study tells us that's a lie. This is the same president that will not commit to a peaceful transfer of power -- aka a coup. We also know that foreign entities are specifically using misinformation to try to make Americans feel as though their votes don't actually matter. Do not give in to that. Your vote matters.

Sign on to commit to defending democracy in America!

Find a list of where to report voter suppression, intimidation or other problems on election day in each state here.

Care2
This Is Bigger Than Any Candidate. We Must Defend Democracy No Matter What!
SHARETWEET