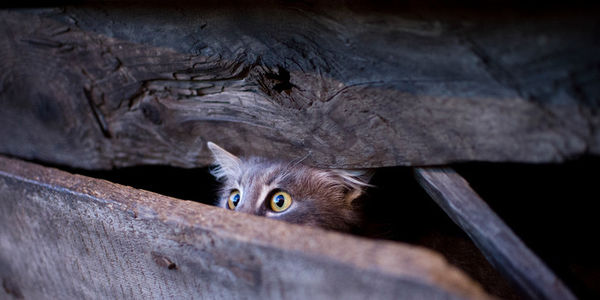 Who Is Brutally Dismembering Pet Cats in Washington?

There's an old superstition that says that cats have nine lives, but if residents of Olympia, Washington, believed it before, they certainly know that's not the case now.

Neighbors surrounding the area of Decatur Woods Park have, since February, had to grapple with the very realization that a serial cat killer is stalking their pets and leaving a trail of death, grief, and confusion. Since the beginning of the year, the unknown killer or killers have brutally tortured and murdered at least 11 Olympia area cats.

Some of them have been decapitated, others have had their abdomen spliced open, and still, others have had portions of their spine or legs removed. Then the animals are left out in plain sight ensuring that they will be found by their owners.

Residents of the area are now gripped with fear for their cats and paranoia of outsiders. Just stopping to pet a cat could get the cops called on you, no one is above suspicion.

If authorities can't find the killer soon, this grisly murder streak could continue for years. Four years ago, in the London suburb of Croydon, neighbors noticed that cats and other small animals were coming up dead. Despite years of searching they still haven't found the killer and to date, he or they have butchered nearly 500 small animals in the area.


Officials now know that animal killings like these are nothing to ignore, in fact, since 2016, animal crimes such as these have been monitored by the FBI along with other serious crimes. That's because people who commit serial animal abuses are likely to move on to human victims later on. In fact, the FBI says that serial killers like Ted Bundy, Jeffrey Dahmer, and the "Son of Sam" killer David Berkowitz had animal-cruelty incidents in their past.

It is important we keep this case in the public eye and encourage law enforcement to continue their search for the people responsible.

Please sign the petition and support the Thurston County Sheriff's Office and Olympia Police in their search for the Cat Killer of Olympia.
Sign Petition
SHAREShare With FriendsTWEETEMAILEMBED
Sign Petition
See more petitions:
You have JavaScript disabled. Without it, our site might not function properly.

Care2
Who Is Brutally Dismembering Pet Cats in Washington?
SHARETWEET