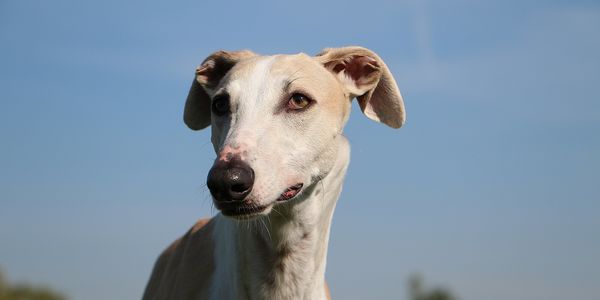 These Dogs Had Their Microchips Ripped Out Before They Were Thrown From a Car!

Two greyhounds in the south of Spain are recovering after the most harrowing, heartbreaking ordeal. And local authorities are asking for the public's help identifying the sweet pups because one of the abuses they endured was having their microchips violently torn from their bodies.

Sign the petition to spread the word, and implore the local authorities -- Policía Local Alhama de Murcia -- to do whatever they can to find whoever did this!

Police received a call on Monday, December 5 that two severely injured greyhounds had been spotted near Alhama, in the region of Murcia. But when they arrived to help the poor pups, they couldn't have expected their condition to be so bad. The pictures of the two greyhounds are heartbreaking -- they were so severely thin that you could count their ribs under their white fur. Their body language was so clearly frightened, their heads hung low and tails tucked tightly between their legs. And knowing what they went through, it isn't hard to understand why.

Witnesses say that the evening before, the dogs had been thrown from a car in the area, cruelly and violently abandoned. And worse yet is that their owner -- or rather, abuser -- took the liberty of carving out the microchips that had been implanted deep below their skin so that they could not be identified and traced back.

This kind of cruelty and cowardice is astounding. There's no telling yet who did this or why, but it is true that Spanish greyhounds go through significant amounts of abuse and this could be part of that pattern. The breed is used for sport in the country, particularly hare hunting and coursing. But when a dog is no longer deemed good enough, they are often disposed of by their owners in myriad cruel ways. We cannot be sure that is the case with these two sweet dogs, but it may be. Local authorities must send a strong signal, both to this perpetrator and anyone else who would commit such violence against a living animal. If this cruelty is part of a pattern, of an individual or an entire sport, it must be stopped now!

Sign the petition and demand justice for these two greyhounds!

Care2
These Dogs Had Their Microchips Ripped Out Before They Were Thrown From a Car!
SHARETWEET