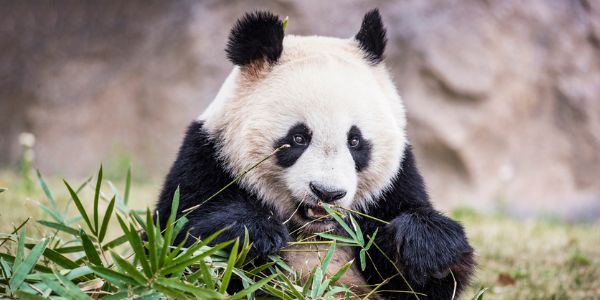 China Says Pandas Are No Longer Endangered, But That's Not Quite True! Sign to Protect Pandas!

As most of us know, pandas have been very close to extinction since the 1980's, with numbers around just 1,000 in the wild. Since then, considerable and admirable effort has been put into helping the iconic animal recover! The Chinese government itself has done a lot to protect them. But now, in 2021, they've decided that the pandas no longer need protection. But many people disagree, saying that making this official distinction may actually deter existing conservation efforts.

Sign the petition if you want to keep pandas on China's list of endangered species until they are more stable!

About 70 percent of the pandas' natural habitat in China is now officially protected. This is huge because pandas actually eat almost exclusively bamboo, which cannot be grown just anywhere. They also prefer large bamboo forests because that's where they like to make maternity dens. And unfortunately, young bamboo shoots are the food of choice both for pregnant and lactating pandas as well as another species: Chinese boars. And it turns out pandas will avoid foraging for food in habitats where Chinese boars are.

Chinese boars and another species, rakins, present even more threats to panda populations. They can disrupt the mating rituals pandas use in rubbing up against trees, compete for similar foods and even carry deadly diseases. In the past, other apex predators like snow leopards had kept Chinese boars and rakins in check, but those species have been taken out by habitat loss and poaching!

In short, pandas are far from safe and although their numbers both in the wild and in captivity have grown, they are not stable enough to be removed from the endangered species list!

Care2
China Says Pandas Are No Longer Endangered, But That's Not Quite True! Sign to Protect Pandas!
SHARETWEET