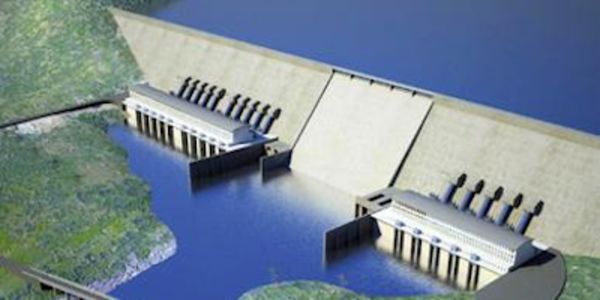 We people of Ethiopian origin in Minnesota-Midwest, stand in support of the Ethiopian government and its 110 million people for exercising their rights to benefit from the Nile River, particularly through the current project, Grand Ethiopian Renaissance Dam (GERD). At the heart of the GERD project is Ethiopia's belief that God-given resources such as the Nile River should be brought to bear to improve the quality of its ever-increasing population. More specifically, more than 60% of Ethiopia's 110 million people live without electricity. The lack of power impacts all sectors including provision of basic services. According to the World Bank, only 24 % of primary schools and 30 % of health clinics have access to electricity. Further, Ethiopia's installed electric generation capacity is a dismal 4,200 MW, and the annual per capita electricity consumption is among the lowest in the world.

When the call to erect GERD came up over a decade ago, the Ethiopian people responded in an unprecedented manner—that is, enthusiastically making massive personal financial contributions toward the dam's construction. Their sacrifices were rooted in the belief that a completed dam would usher in a new and prosperous era for Ethiopia by electrifying rural and urban areas, meeting industrial needs, and challenging poverty in all of its complexities. Further, GERD would transform Ethiopia's agricultural sector by mechanizing it using the electrical power generated by GERD, enabling it to produce sufficient food to meet the urgent needs of the rural population, thereby ending the recurring tragedy of poverty, drought and famine.

As any other nation in our Globe is entitled to its natural resources, it is worth to point that Ethiopia has every right and duty to utilize all its natural resources for the benefit and wellbeing of its growing population. Ethiopia has never interfered in any naion's internal political, social, or economical affairs. Its thousand years of existential history proves that Ethiopia never demanded, doesn't demand, and won't demand any neighboring nation not to use its natural wealth let alone to intimidate & threaten with possibility of war as Egypt is continuously doing to Ethiopia. Whereas Egypt has been the greatest beneficiary of the Nile River throughout the past centuries, the time has come for Ethiopia to utilize the Nile River to meet the increasing needs of its people. Ethiopia has an absolute and unconditional legal right to use the resources of all the tributary rivers that flow into the Nile River for the economic development of its people. It is in keeping with UN convention on equitable use of the Nile water and in response to the significant needs for national development to serve its people, Ethiopia began building the GERD in 2011. It is also necessary to inform and remind the world that there are other countries besides Egypt & Ethiopia covered by the drainage basin of the Nile. These other countries gave their support to Ethiopia on the prospect of GERD hoping to benefit from the final product, the ELECTRICITY.

People of Ethiopian origin residing in Minnesota - Midwest recognize and appreciate the role the United States Government and the World Bank have played as observers during the negotiation between Ethiopia, Sudan and Egypt on the GERD project. However, the partisan interest shown by the US Administration has created apprehension among our people at home and abroad. More specifically, the US bias was reflected in the statement issued by US Secretary of Treasury Mnuchin on February 29, 2020. In fact, Mnuchin's statement harkens back to the colonial agreements of 1929 and 1959 to which Ethiopia was never a participant—in which Egypt was granted veto power by Britain over the use of the Nile River. The Ethiopian people and its government reject a treaty in which they have had no input. As citizens of the USA, we find this colonial-like treaty interference in the matters of a sovereign state to be unconstitutional. We believe it is our moral and constitutional duty to inform you that the position taken by the Secretary of Treasury is not only against American values but also contrary to the basic tenets of the United State Constitution.

People of Ethiopian origin residing in Minnesota – Midwest categorically and unequivocally reject the US Administration's position on the grounds that not only it is harmful to Ethiopia but may lead to unintended consequences between Ethiopia and Egypt for decades to come. Therefore, we request the President of the United States to withdraw the position proposed by the Secretary of Treasury which exerts pressure on the sovereign nation of Ethiopia to sign an agreement that may cause irreversible harm to its people. Instead, we encourage the US to support the three countries namely Ethiopia, Egypt and Sudan to reach an acceptable, common sense agreement that meets the standards of international law, reflect the just and equitable use of the international waters, and honor the right of a sovereign nation to decide how best to utilize its natural resources including its waters.