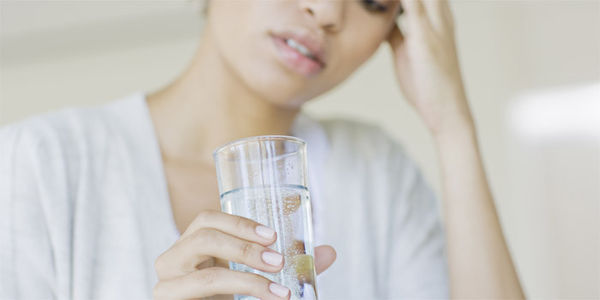 Every Week, You're Consuming a Credit Card's Worth of Microplastics. Urge California Lawmakers to Take Action Now!

We already knew plastic in our oceans was a problem. But have you considered the possibility that there's invisible plastic in your drinking water and food?

In fact, scientists have discovered that, on average, humans are ingesting a credit card's worth of microplastics. And we're doing it each and every week.

The microplastics we eat and drink are hidden in all sorts of products. Researchers have found these contaminants in 25 to 33% of seafood, while 93-94% of tap water and bottled water also contain microplastics. But these microscopic particles don't just stop there. They've also been discovered in products as surprising as beer and table salt.

These tiny particles are created as the plastic products that we use daily — which, remember, never truly biodegrade — break down into smaller and smaller pieces, until they become invisible to the naked eye. Microplastics have all sorts of origins: the microfiber contained in polyester clothes and microbeads in beauty products; plastic straws, bottles, containers, and wraps; even cigarette filters. Once these plastics exist in our food chain, they never go away.

Now, we're learning that there's yet another type of insidious plastic making its way into our stomaches: car tires.

A new study conducted by the San Francisco Estuary Institute and the 5 Gyres Institute just found that the largest contributor to plastic contamination in our water actually comes from "black rubbery fragments" that essentially exfoliate off of our cars every time we drive anywhere.

These plastics (and rubbers) carry intensely high health concerns. The European Union in currently in the process of classifying microplastics as "a contaminant that is unsafe at any level of discharge." Even worse, we don't actually know what other toxins might be clinging to these plastics that we're ingesting. Many of these products contain chemicals, dyes, and flame retardants, and tires are often covered with oil and other fossil fuels that they've picked up from our streets.

It's clear that something needs to be done. Luckily, one state in the U.S. is already at the forefront of the fight. California passed a ban on one type of microplastics — microbeads — back in 2015, though that legislation only goes into effect on January 1, 2020. The state has also begun trying to overhaul the way microplastics are studied and quantified, in an effort to begin improving public health. But we need them to take a bolder stance.

Sign the peititon to tell California lawmakers to expand their microbead ban and strengthen anti-plastic regulation. As one of the largest states in the U.S., it has a huge potential to influence public health not just in California, but in the broader world.
Sign Petition
SHAREShare With FriendsTWEETEMAILEMBED
Sign Petition
See more petitions:
You have JavaScript disabled. Without it, our site might not function properly.

Care2
Every Week, You're Consuming a Credit Card's Worth of Microplastics. Urge California Lawmakers to Take Action Now!
SHARETWEET