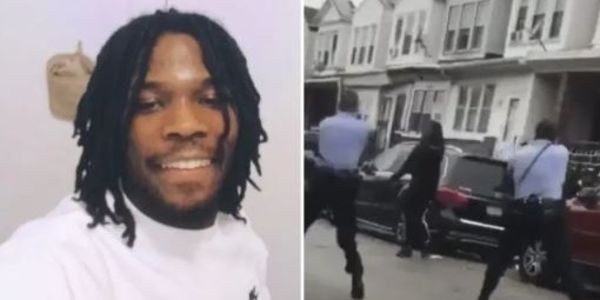 His mother begged for his life, but then watched as police killed her son. Justice for Walter Wallace Jr.

On the afternoon of October 26, 2020, Walter Wallace Jr. was gunned down by police officers in West Philadelphia. Video footage from multiple witnesses' show the excruciating series of events that led to the 27-year-old's murder.

Sign the petition if you want the Philadelphia Police Department to immediately fire both officers involved in the shooting. Then, District Attorney Larry Krasner needs to investigate this as the crime that it is: a homicide.

Police responded to a call of a man brandishing a knife, and when they arrived witnesses say the officers immediately pulled out their weapons. Brandishing their guns, weapons far deadlier than knives, without first assessing the situation was far more dangerous than a man standing on his own porch with a knife.

Walter Wallace Jr. then moved into the street, which is where much of the video footage starts. You can hear cries from his mother as she tries to get between her beloved son and the officers who won't listen to her. She pleads with them to lower their guns as she chases Walter Wallace Jr., grabbing and hugging him. Then, all of a sudden, they are separated. A shower of gunshots is heard and Walter Wallace Jr.'s body falls to the ground.

Walter Wallace Jr.'s father, who he is named after, told reporters that his son was dealing with mental health issues and deserved so much more than immediate, excessive force. "Why didn't they use a Taser?" he asked. "His mother was trying to defuse the situation."

His mother should not have had to try and defuse the situation. But when she saw police cars pull up to her home, we can only guess the panic she must have felt -- the panic that too many Black parents are stricken with every day living in the United States, where their children could be the next victim of state-sanctioned violence and murder.

Protests rippled through the neighborhood of Philadelphia the night after the murder. The city, which has the fourth largest police force in the country, is outraged and heartbroken. Tell that police force and District Attorney Krasner that people all over the country, and the world, are watching. Sign the petition and demand that these officers be fired, without pay, immediately, and that their gunning down of Walter Wallace Jr. be investigated as a homicide.

Care2
His mother begged for his life, but then watched as police killed her son. Justice for Walter Wallace Jr.
SHARETWEET