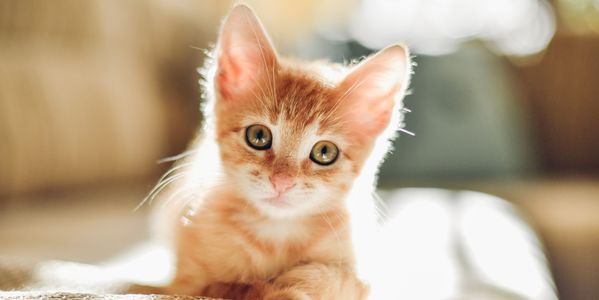 A kitten was torn to pieces by hunters illegally using hounds on Christmas Eve!

It was Christmas Eve 2020 and not one, but two animals were about to have their lives put in danger by cruel humans.

Hunting foxes with a pack of hounds is illegal in the UK due to its grotesque cruelty. But that didn't stop the Badsworth and Bramham Moor Hunt from setting their hounds after a poor fox tat holiday morning with the end goal of killing the poor thing.

Only this time, the fox was not the only one in danger. The pack of dogs, riled up by the hunters, ended up finding a 7-month-old kitten named Tiger and ripping him to pieces.

Sign now to demand the hunters who put multiple animals in danger and killed a helpless kitten be held accountable!

Tiger the kitten had only just been adopted a few months earlier with his brother, Felix. Tiger was a cute orange and white cat who thought he had found his forever home! Instead, his owner had to find him in pieces after a pack of hunting dogs had ripped him apart. The scene was horrifying; the only thing left of Tiger was clumps of his fur scattered across the area.

But this hunt never should have been happening anyway. Dogs are allowed to "simulate" hunting by following an artificial scent, but not as a pack. The number is limited to only two dogs, and they aren't supposed to actually touch any animals. In this case, the target was a real fox and a huge hoard of dogs was hunting it. Obviously, this hunting group never intended to obey the law. Video footage shows the dogs chasing the lone fox who tries to hide in a badger hole. Then, given the dogs had been trained to kill and were hyped up by a group of human hunters, they simply destroyed any living thing they came across. In this case, that was Tiger the kitten.

The law against this kind of hunting says that land owners must prevent illegal hunting on their land, so why did Bramham Park allow this group of hunters who obviously had more than two dogs to even hunt on their property? Ultimately, the hunters with the dogs are the most culpable here, but everyone who allowed it along the way should be held responsible for this tragic death.

Sign the petition to demand justice for Tiger the kitten, who lost his life in the most heinous way imaginable!

Care2
A kitten was torn to pieces by hunters illegally using hounds on Christmas Eve!
SHARETWEET