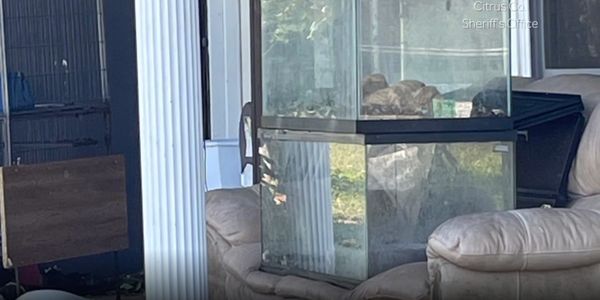 When Florida authorities entered a home after a report of animal abuse, they stumbled on a tragic and inexcusable scene: a child living among hundreds of animals being "deprived of all their basic necessities." In fact, the house was so infested with rats and insects it had to be demolished.

Sign now to tell the Citrus County Sheriff's Office to recommend counseling to this woman and make sure she can never own animals again.

The scene officers have described is truly a horror. Rooms were filled with garbage, animal feces and cages stacked to the ceiling. The house contained rodents, a dog, ferrets, cats, snakes, and aquariums, and all were in disarray.

When authorities arrived, there was literally blood on the floor from a group of cats eating a loose rat. In the child's bedroom alone, there were over 50 cages filled with rodents.

The woman has been arrested on 12 counts of animal cruelty and one count of child neglect, but we know that counseling and keeping the perpetrator from access to any other animals and children is the best way to reduce any future harm and abuse.

Sign the petition now to urge Citrus County authorities to recommend counseling to this woman and make sure she cannot own any other pets in the future!