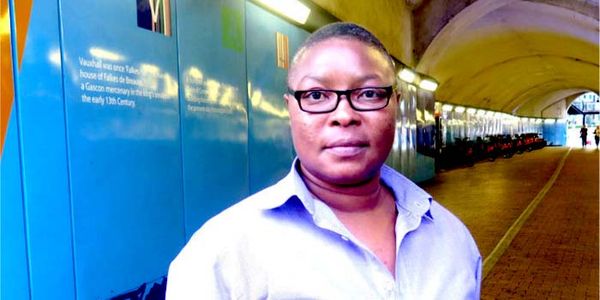 Imagine living in a country where you have no right to be who you are and are not able to show love for whom you love! Friends, my case illustrates the pain that an LGBTI person goes through in Nigeria due to persecution based on their sexuality. Growing up in Nigeria, I was unable to disclose my sexuality, yet unable to hide it. The culture in Nigeria makes it clear that being gay or transgender is a sin, a sentiment that is fuelled by homophobic messages from faith communities, political leaders, families, and schools. I took these messages in, identified with them, and carried the shame of being a lesbian woman in Nigeria. I was arrested, tortured and extorted by the Nigerian Police.

The Nigerian Anti-Gay Law is the harshest and most punitive of the over 76 countries that criminalise Lesbian, Gay, Bisexual, Transgender and Intersex (LGBTIs) people across the world. Will you join me to ask the Nigerian president to repeal this homophobic law?

This draconian Anti-Gay Law, titled The "Same Sex Marriage (Prohibition) Bill, 2011" was passed in 2014. The law prohibits same–sex marriage with up to 14 years in prison, 10 years for same–sex "amorous relationships" and 10 years for membership of LGBTI rights and or LGBTI equality advocacy groups respectively.

Since this insidious law was passed, there have been waves of police arrests and torture, anti LGBTI mob attacks, public whippings, evictions from homes, harassment and discrimination of 'suspected' LGBTIs across Nigeria. Equality advocacy organisations and activists in Nigeria are not spared mistreatment.

The newly elected Nigerian President, Mohammadu Buhari swore to "preserve, protect and defend the constitution of the Federal Republic of Nigeria" at his swearing in and inaugural speech ceremony in May 2015. He should now put his words into action by repealing this draconian law; as it is contrary to the Nigerian Constitution and the African Charter on Human and People's Rights which Nigeria signed to defend. Under existing Nigerian federal law, sodomy is punishable by jail, but this Anti-Gay law legislates for much wider discrimination, inequality and restrictions on LGBTIs, who already live in fear.

Together, We Can Make A Change.

In January 2014, the former President of Nigeria, President Goodluck Jonathan secretly signed into law one of the world's most draconian anti-gay acts, which planned  to legally crackdown on the Nigerian lesbian, gay, bisexual, transgender and inter-sex (LGBTI) community [1]. Nigeria is a democratically stable society, able to discharge her obligations and values enshrined in democracy to all of her citizens. Under this democracy, and joined by freedom lovers all over the world, we demand that you protect your citizens against persecutions of their human rights and repeal the Nigerian Anti-Gay Law, titled "Same Sex Marriage (Prohibition) Bill, 2011".

This punitive law, in  its Section 5, seeks to discriminate, persecute and criminalise consensual same sex relations among Nigerian LGBTIs. They are now threatened with up  to 14 years imprisonment. This denies them the right to their political opinions, freedom, access healthcare services, jobs and other basic human rights. It expanded to also outlaw public displays of same-sex affection, LGBTI events, organisations, and advocacy for equality - each of these now can result in jail terms of 10 years [2].

This law is toxic and a violation of the non-discriminatory and equality absolute rights of Nigerian LGBTIs as contained in Article 42 of the Nigerian Constitution [3] and Articles 2, 3 and 5 respectively of the African Charter on Human and People's Rights [4], which Nigeria is a signatory to uphold and respect.

It is an insidious law that is inconsistent with the international legal obligations of Nigeria. It undermines the values of democratic rules and protections of every Nigerian citizen's human rights, as enshrined in her 1999 constitution. You stated your intent to "preserve, protect and defend the constitution of the Federal Republic of Nigeria” at your swearing in and inaugural speech ceremony on 29th May 2015 [5].

Nigerian democracy has been brought into disrepute and shambles nationally and internationally as a result of this punitive law that lacked scrutiny.

As a result of this law, homophobic attacks have increased across the country. 'Suspected' LGBTIs are subjected to public whippings, evicted from their homes, arrested and tortured by the police. They are not able to access healthcare services nor employment and Nigeria has become a toxic environment, leading to many Nigerian LGBTIs to flee for their lives and seek sanctuary in other LGBTI friendly countries.

Therefore we the undersigned ask that you put your words that you will: ... "celebrate our freedom and cherish our democracy"... [5] into practice.

1. Persons who entered into a same-sex marriage contract or civil union commit an offence and are each liable on conviction to a term of 14 years in prison.

2. Any person who registers, operates or participates in gay clubs, societies and organisations or directly or indirectly makes public show of same-sex amorous relationship in Nigeria commits an offence and shall each be liable on conviction to a term of 10 years in prison.

3. Any person or group of persons that witness, abet and aids the solemnization of a same-sex marriage or civil union, or supports the registration, operation or sustenance of gay clubs, societies, organisations, processions or meetings in Nigeria commits an offence and shall be liable on conviction to a term of 10 years imprisonment.”

42.  (1) A citizen of Nigeria of a particular community, ethnic group, place of origin, sex, religion or political opinion shall not, by reason only that he is such a person:-

(a) be subjected either expressly by, or in the practical application of, any law in force in Nigeria or any executive or administrative action of the government, to disabilities or restrictions to which citizens of Nigeria of other communities, ethnic groups, places of origin, sex, religions or political opinions are not made subject; or

(b) be accorded either expressly by, or in the practical application of, any law in force in Nigeria or any such executive or administrative action, any privilege or advantage that is not accorded to citizens of Nigeria of other communities, ethnic groups, places of origin, sex, religions or political opinions.

(2) No citizen of Nigeria shall be subjected to any disability or deprivation merely by reason of the circumstances of his birth.

Every individual shall be entitled to the enjoyment of the rights and freedoms recognized and guaranteed in the present Charter without distinction of any kind such as race, ethnic group, color, sex, language, religion, political or any other opinion, national and social origin, fortune, birth or other status.

Every individual shall have the right to the respect of the dignity inherent in a human being and to the recognition of his legal status. All forms of exploitation and degradation of man particularly slavery, slave trade, torture, cruel, inhuman or degrading punishment and treatment shall be prohibited.