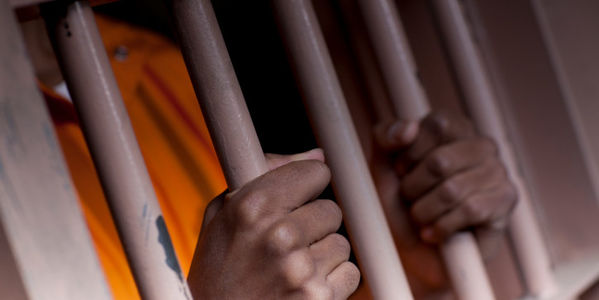 UPDATE 12/12/13: Unfortunately, we've just learned that Prossie was deported on the evening of Dec 12. But the fight isn't over yet -- follow Movement For Justice on Facebook https://www.facebook.com/movementforjustice or Twitter @followmfj for more information on upcoming protests and continuing efforts to help Prossie get extradited back to the UK. Let's continue to put pressure on the government to stop these death flights back to repressive, anti-LGBT countries!

In just two days, the UK is set to deport a 20-year-old lesbian asylum seeker back to her native Uganda, where she faces persecution, torture, and imprisonment. Tell the government to let her stay where she’ll be safe and her identity will be respected!

Prossie N has fought hard to escape a lifetime of abuse and persecution. An orphan from the age of 8 years old, the only family she had was an uncle who abused and raped her. At 15, she was outed as a lesbian and forced to live on the streets. It was only through a secret relationship with a well-connected married woman that she was finally able to escape to Britain in 2010.

Now, the Border Agency wants to send her back into danger. The department has already tried to force Prossie onto a flight with Ethiopian Airways, but she bravely protested at the gate, and the pilot refused to take her back. Her new deportation date is set for 12 December, back to a country with some of the harshest anti-gay laws in the world, where she has no family and no support network.

Sign the petition and demand that the Home Office grant Prossie N asylum instead of deporting her back into certain danger. Please share with your friends on Facebook and Twitter to spread the word!

Dear Ms. May and Mr. Harper,

We’re writing today to ask you to reconsider the deportation of Prossie N, a lesbian woman from Uganda who’s currently scheduled to be deported back to her home country.

Uganda is the home of the infamous “Kill the Gays” bill, which recommends the death penalty for LGBT citizens. It is among one of the most dangerous places to be gay or lesbian in the world. If Prossie is returned to Uganda, she faces the possibility of torture and imprisonment.

Please cancel her scheduled deportation immediately and begin the process of granting Prossie N the asylum she desperately needs. If Britain wants to be a leader on human rights issues, it’s essential that persecuted LGBT citizens of other nations are able to seek refuge there.