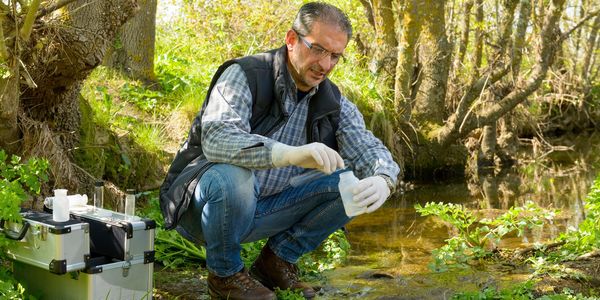 COVID-19 Could Cause a Massive Loss of Plant and Animal Life in Britain!

You would be hard pressed to find something unaffected by the current global pandemic. Schools closed, stores shuttered, offices split up into remote work stations in homes -- until a vaccine is found, it is the best that any of us can do to try and adjust to what many are calling the "new normal." But one less obvious side effect of the ubiquitous shutdowns looms in the UK's future -- without much needed help from conservationists this spring, the country's more fragile flora and fauna could suffer some serious setbacks.

Sign the petition asking the United Kingdom to provide much needed emergency funding to the Wildlife Trusts during this pandemic!

Biodiversity, a balanced variety of life in our ecosystem, is essential to our existence. It creates the basis from which we grow our food, helps protect against natural disasters like floods, fires, or hurricanes, and mitigates the risk of disease transmission from animals and insects to humans. In other words: biodiversity is crucial to our survival, not just a chance to keep pretty plants and animals around.

But in Britain, staff layoffs, dips in fundraising and profits, and an inability to safely facilitate volunteers' help will hamper what is normally a very busy time for nature conservation efforts. The spring is a vital period during which threatened plant species can thrive and endangered wildlife breed. But the season does not discriminate, and invasive species also thrive, jeopardizing the success of native species. Now that conservationists cannot step in to curb invasive plants and wildlife, Britain's biodiversity hangs by a thread, and entire species could be lost forever!

The Wildlife Trusts, an organization that oversees nearly 2,300 nature reserves in the country, has reported that already, seabird and marine mammal counting and tracking programs have been abandoned. On small islands where rats have been known to steal and feast on the eggs of threatened bird species, rat control efforts have halted. Invasive growers such as Himalyan balsam and bracken threaten to choke the land where conservationists have cut them back.

Biodiversity creates a stable, viable environment for plants, animals, and humans alike. As warmer weather approaches, and many lockdowns are extended in some form, we are finding comfort and joy in nature. And although this pandemic will one day end, the climate change crisis still looms. The UK must do everything it can to preserve its threatened plant and wildlife species for the good of its citizens, and the entire globe!

Please sign the petition today and urge the UK to prioritize nature conservation. The Wildlife Trusts needs emergency funding immediately!
Sign Petition
SHAREShare this petition with friends!TWEETEMAILEMBED
Sign Petition
See more petitions:
You have JavaScript disabled. Without it, our site might not function properly.

Care2
COVID-19 Could Cause a Massive Loss of Plant and Animal Life in Britain!
SHARETWEET