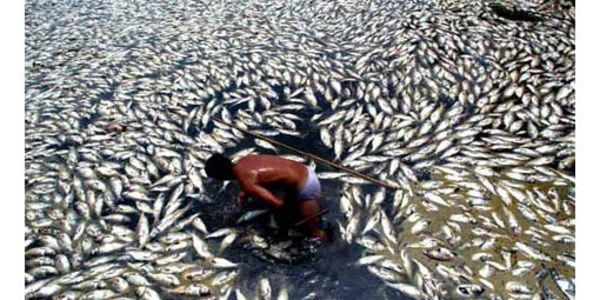 Offshore phosphate mining is a dangerous and potentially deadly process posing great risk to any ecosystem. Beyond the damage caused by the extraction process, phosphate rock itself contains an array of various heavy metals and potentially radioactive elements that can be incredibly harmful and leach into the water and sea life.  These include cadmium, lead, arsenic, mercury, thorium, and uranium.

Perhaps even worse, some estimate sediment plumes in the water 150 feet tall could drift 80km or more!  There is risk that sediment plooms could remove the oxygen from the water and create enormous anoxic "dead zones"!  Ocean phosphate mining has literally never been done before and this is too dangerous to use a vibrant and sensitive ecosystem for this experiment so foreign firms might profit.  UNACCEPTABLE!

THIS PROJECT IS IMMINENT and we believe is an unacceptable environmental atrocity.

Foreign investor groups have tried offshore mining before and failed so far due to extreme local pushback (in Namibia, New Zealand, and New Guinea).  Unlike in Namibia or New Zealand though, strangely none of the local community is aware of this potentially horrific environmental risk about to happen!?  Has this project been kept hidden from the community, environmentalists and other interested Mexicans?!

There is absolutely no need to exploit the environment this way.  Fishing, whale watching, tourism, and surfing are all sustainable local means of surviving for future generations while this offshore phosphate projects offer what seems to be zero benefit to the community!  Oceanica claims to have spent >$10m so far and theoretically built the project into a $250m+ business yet we see no evidence the local community has seen a dime.  We also believe the fact nobody we spoke with had ever heard of this imminent project, is very telling as to how "Oceanica" thinks about Mexico, the enviornment and the community.

We believe it is clearly not worth the potential for complete destruction of the local ecosystem and community for near term profit for foreign firms!

For the sake of the nation's fishing industry, tourism industry, and its ecosystem as a whole, protect Mexican waters and community by banning marine phosphate mining now before it is too late.