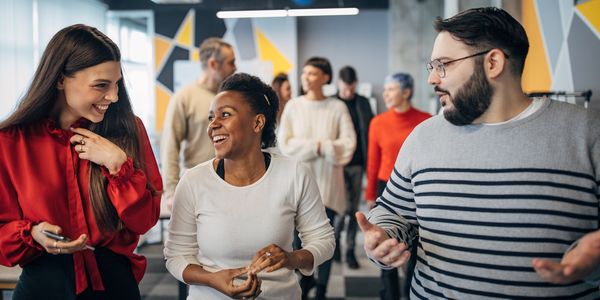 It’s Legal to Fire Someone For Their Body Size in 48 States; End Weight Discrimination Now!

In 48 states, it's perfectly legal to fire someone if their body is "too big", according to whatever arbitrary metric you subscribe to. This is a disgusting case of weight discrimination, a type of bias that has been proven to cause harm to those who experience it. No one deserves to lose their job or not be hired due to their body size, which they by and large cannot control.

Sign the petition if you want to end harmful weight discrimination in every U.S. state!

A Yale study in 2008 found that 10% of women and 5% of men had experienced this kind of discrimination. That's a huge amount of people! A Vanderbilt University study from 2014 found that fat women are paid less than their colleagues across a variety of industries. This is not a little problem that only affects a few people. This is large scale discrimination that needs to end!

One of the most common myths that has been proven incorrect by extensive scientific studies since at least the 1990s is that people have control over how big or small they are. The truth is that about 95% of people cannot substantially or sustainably change their body size over time and that trying to requires you to engage in disordered eating. The diet industry and all their fatphobic friends (some parts of the wellness industry) continue to claim that it's about "willpower" and "discipline", but that's just not true.

One of the metrics used to describe someone's size is called "BMI" or Body Mass Index, which is, unfortunately, an unscientific, racist, and sexist method that does not describe anything other than how a person's body compares to the average French or Scottish male 200 years ago. Seriously. The metric was never meant to indicate health -- it was built for statistics. But insurance companies needed a way to deny coverage and blame people for their health problems. Now that metric can be used to deny someone a source of income and survival in a world that is already hostile to bigger bodies.

What this means on a legal level is that people are being discriminated against for something they cannot control. This is morally wrong. Please sign the petition if you think weight discrimination should be illegal.

If this is news to you, you're not alone. You may consider reading the meta analysis done by doctors and dietitians in the fields of Health At Every Size, Intuitive Eating and Anti-Diet. Many institutions rely on fake information around body size in order not to accommodate the variety of bodies that exist. It's dangerous wherever it shows up, but when it is legally codified discrimination, we should all be disgusted.
Sign Petition
SHAREShare this petition with friends!TWEETEMAILEMBED
Sign Petition
See more petitions:
You have JavaScript disabled. Without it, our site might not function properly.