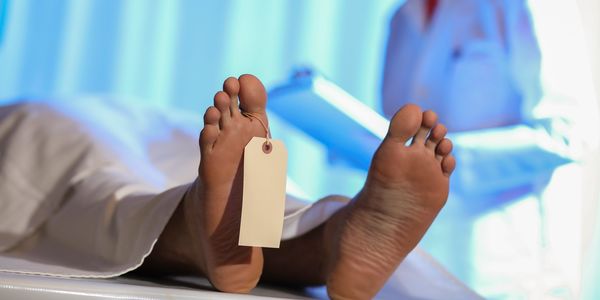 Over 800,000 people have died from the deadly and ongoing pandemic in the United States. The pandemic has not only increased overall deaths in the United States, it has decreased donations of bodies to science, which are crucial for advancing life-saving research and techniques in medicine. One widow, who donated her husband's body to science after he died from COVID-19 in August, thought she was doing the right thing for medical advancement. Then she found out that her husband's body was put on display and dissected in front of a live audience, with tickets being sold for up to $500 each.

Sign now to demand that Congress amend existing law to prevent any other bodies from being used for ticket sales and commercial gain!

People who donate their bodies or the bodies of their loved ones to science are heroes. Donated bodies help advance medical research for decades to come by contributing to training, education, and medical studies around the world. Recent advancements in Alzheimer's disease, cancer, heart disease, and diabetes have been made possible because of individuals choosing to donate. Can you imagine believing you are doing the right thing with a loved one's body, only to find out it is being exploited for commercial profit and private gain in front of a live audience?

According to local police, the Oregon Department of Justice, and the Multnomah County District Attorney's Office, there were "no criminal laws which directly speak to such circumstances.". But people who donate their bodies to science do so thinking that they will help advance medicine and protect future generations – not be used as a spectacle. While this widow may be able to sue in civil court, it seems there are dangerous gaps in the law that may let this happen again.