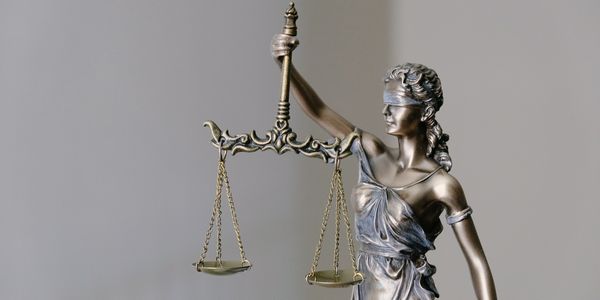 Demand to provide parole for federal inmates in the United States

The increase in the rate of incarceration in the United States is a massive pandemic that is currently spreading and ravaging the entire criminal justice system. Not only does it cost the United States $80 billion in taxpayers’ money to continuously confine, maintain and rehabilitate convicted citizens, but a huge part of this cost also emanates from state budgets (57%) and local government budgets (33%).
With the growing rate of incarcerations (196,000 in 1970 to 1,570,000 in 2010) amounting to an approximate 700% increase over four decades, it is necessary that urgent steps be taken to effectively reorganize the system by reducing the prison population through potent means.
We are creating this petition to demand the immediate provision of parole options to federal inmates within the prison system as an effective way to deliver rehabilitation to convicts, reduce government spending on incarceration costs and enable convicts to participate effectively as law-abiding citizens in the society.
Data has shown that the rate of incarceration is growing at a massive scale.
WHEREAS 2.3 million people are incarcerated every year in the United States in jail or prison; and
WHEREAS the United States has the highest per-capita incarceration rate and the highest prison population in the world; and
WHEREAS in 2016, over 2.2 million were incarcerated (for every 100,000 Americans, 655 were in the correctional system); and
WHEREAS more than three-quarters of the 4.5 million Americans on probation or parole were convicted of nonviolent offenses making it a viable option for first and non-violent offenders; and
WHEREAS while all demographics are represented in parole supervision population, convicts of underserved communities such as the African-American communities are disproportionately represented in incarceration population thereby crippling community growth, the family unit and prisoner re-integration; and
WHEREAS the cost of incarceration is much higher than the cost of parole supervision; and
WHEREAS according to the Sentencing Reform Act of 1984, federal inmates have been rendered ineligible for parole from November 1, 1987, and;
NOW, THEREFORE, BE IT RESOLVED that we call for the establishment and provision of parole options for inmates in federal correctional facilities.
BE IT FURTHER RESOLVED that this call is being made with the interests of both the country and its citizens at heart as the lack of parole option for federal offenders has in itself created more problems than it has abated.
BE IT FURTHER RESOLVED, that the call to repeal this act is being made for the following reasons;
• Establishing parole systems in federal prisons will help the federal government cut down on incarceration costs. This allows for better distribution, allocation, and utilization of funds as other sectors will effectively receive more funding.
• Setting up parole systems in federal prisons is an efficient way to control prison population growth without having to reduce incarceration or overlook arrests. This allows for a potent execution of the law while creating an excellent system that prevents overcrowding in prisons. This way, inmates in federal prisons can remain safe, well-supervised, and undergo quality rehabilitation.
• Parole provides encouragement for good behavior after incarceration. Prisoners who are aware of their eligibility for parole are much more likely to remain well-behaved during and after incarceration. This underlying possibility of parole provides a powerful incentive for convicts to avoid trouble and uphold the law even when they become fully functioning members of society.
• Without parole, prisoners who are released simply return directly into society without any form of supervision. This invariably increases the possibility of reoffending and puts society at risk. Providing a structured and supported parole system for federal prisoners will help convicts transition effectively from the correctional system to the society thereby creating a better re-integration into society. This minimizes crime recurrence and increases community safety.
• This provision makes it possible for children left disenfranchised as a result of incarceration to be reunited with their parents/caregivers. This helps to strengthen the family unit and prevents the formation of crime cycles over generations.
• By providing prisoners with supervised parole, the system effectively delivers well-intentioned second chances that put them on the spot, highlights their actions, and motivates them to live productive and crime-free lives.
• Parole can also increase community cooperation with law enforcement as supervised prisoners continue to check-in/Undergo assessments throughout the duration of their term. Needless to say, a parole system well regulated will greatly help support the prisoner and protect the community at large.
We believe that this is an essential problem that needs urgent intervention and we are appealing to members of the general public to help support this movement and create a positive change that will benefit our communities.
Please support this cause by signing this petition now. Let’s join hands together and build a correctional system that rehabilitates inmates, produces productive citizens, and eliminates wasteful government spending.
Sign Petition
SHAREShare this petition with friends!TWEETEMAILEMBED
Sign Petition
See more petitions:
You have JavaScript disabled. Without it, our site might not function properly.