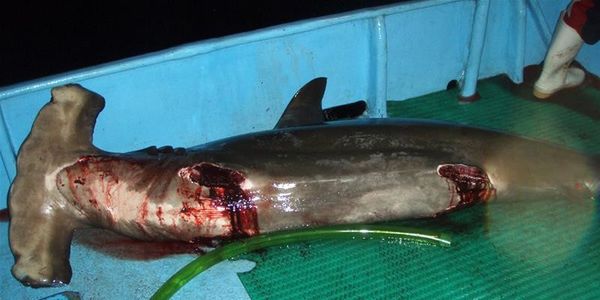 Ban the importation of shark fins in Montreal, Now!

In memory of Rob Stewart.

Our oceans are facing many issues but shark finning is one that we cannot afford to ignore any longer, our sharks are disappearing and 1/4 of open water sharks are facing extinction. Shark Finning has been illegal in Canada since 1994 but the shark fin trade is still ongoing. We must stop the importation in our country, and in the city of Montreal to practice sustainability and allow our ecosystems to regenerate. Sharks are essential for life on earth because they create a balance in the ocean, without them, fish would eat all the plankton and we would lose 50% of our oxygen. Remove the top predators keeping an ecosystem healthy and it will collapse. A world without sharks means a world without life in the ocean and less oxygen on earth.

In Canada, many restaurants still serve shark fin soup and this must stop, to live in a healthy environment for us, and generations to come. Shark Finning is a horrible practice where the sharks have their fins sliced off and their bodies dumped overboard, where they slowly suffocate and die or get eaten by other predators. Luckily an alternative was found and this soup can be made with a synthetic substance without having to kill 73 000 000 sharks a year to make a soup which the fins only give a texture too.

An analysis of shark fins from Florida waters found high concentrations of BMAA, a neurotoxin that has been linked to Alzheimer's and Lou Gehrig's disease. The importation of shark fins should be banned in Montreal to protect its citizens from such health problems but also to preserve shark species.

A bill was introduced and is now in the Senate to ban all importation of shark fins in Canada which would end all trade in our country. If everyone contacts their local representative and ask them to support Bill S-238, we could win and have this bill go to the house of commons and perhaps make this a reality. We ask that each city and province join us in this fight.