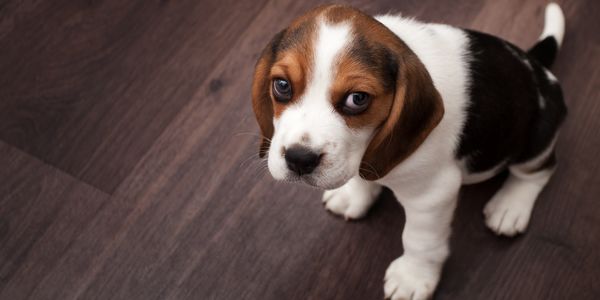 Police failed to act on signs of animal cruelty, and because of it a puppy was violently killed

This news of a recent animal cruelty case in Indiana is extremely graphic and distressing.

Police entered a home and found someone had killed a puppy by decapitation. With it were two adult dogs who were withering away from lack of food. And the worst part? Police had already been in this home once before and were aware of the cruelty taking place. They could have prevented it all.

Sign the petition and demand that Evansville Police make this right, and ensure that those who perpetrated this cruelty can never keep animals again.

In the beginning of March 2021, police in Indiana were called to an Evansville home, and what they found inside was heartbreaking. Two adult dogs, emaciated beyond belief, were slowly starving to death, their hip and rib bones jutting out dramatically. With them was a puppy who appeared to be in good health -- but judging by its skin-and-bone companions, that would not be the case for long.

The dogs' owner ridiculously justified the sad state of the two starving dogs by claiming that they had gotten into some bleach which was making them throw up. These dogs were severely underweight -- that isn't something that happens from throwing up a few times. Their condition was clearly the result of weeks or even months of malnourishment. But the police abandoned them, flippantly telling the owner to take them to the vet.

Less than two weeks later, animal control received reports of a dead dog at the same residence. And it wasn't one of the two dogs that had been actively starving -- it was the young, healthy puppy. The poor thing had been beheaded. And the two other dogs were no better than they had been before. Luckily, they were removed and will hopefully make a full recovery with proper care -- but they were in such bad condition that no one is sure at this point.

This could have been completely avoided had the police done their due diligence and read the signs available to them. They could have removed the dogs, or at least provided resources and support for this owner to receive help or guidance. But instead, they cut corners, leaving it up to an active abuser. And now, a puppy has lost its life and two other dogs are fighting for theirs.

This cycle of abuse needs to end here. Sign the petition and ask that this person be barred from owning or keeping animals ever again!

Care2
Police failed to act on signs of animal cruelty, and because of it a puppy was violently killed
SHARETWEET