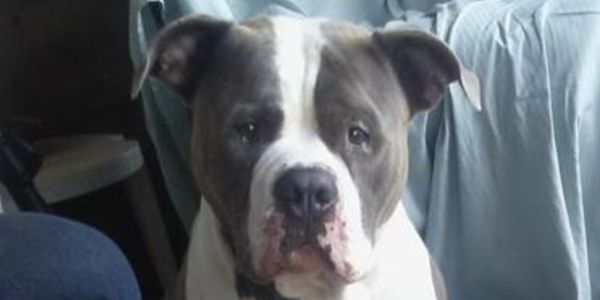 On February 22, 2018, in Mustang, OK a man walked up in Donnie Newton's yard shot and killed his pit bull Fatboy in between the eyes at point blank range in front of Newton's three young grandchildren. When Newton was calling the police to report the shooting, the man stated he was a police officer.

We are asking that the Oklahoma County District Attorney and the Oklahoma City Police Chief identify and hold this man accountable, regardless, if he is a policeman or not. The needless and horrific killing of this animal and trauma that he has caused this family should not go unpunished. There was no reason for him to kill this beloved pet, and he should be held responsible.

Since being identified as Brian Williford a Captain and 32 year veteran of the OKCPD we have yet to see good cause shown that going onto Newton's property and using his personal rifle to shoot Fatboy in front of small children was lawful and justified. Regardless of any claims made by Mr. Williford there were other options available so we asking for the suspension of Mr. Williford until he has a full mental and drug and alcohol evaluation and the investigation is complete. After the completion of the OCPD internal investigation we respectfully ask that they refer it to the Oklahoma County DA to file criminal charges against Mr. Williford as the law allows.

With Brian Williford being a long time police man and having taken this violent action and not choosing a better option we as citizens see this as a threat to public safety. We contend that if his law enforcement status has any bearing or consideration in this case it would be that he should be held to a higher standard of behavior and should have acted professionally without his emotions or personal beliefs dictating his actions. He should not be allowed to state bogus facts, justify, minimize, deflect or blame shifting his was out of responsibility and accountability in answering for his crime.

We are also asking that the OKCPD undergo proper animal training with the Humane Society to prevent this type of action or similar conflicts from reoccurring. It is time that the killing of animals be seen as a serious problem and these incidents stop.