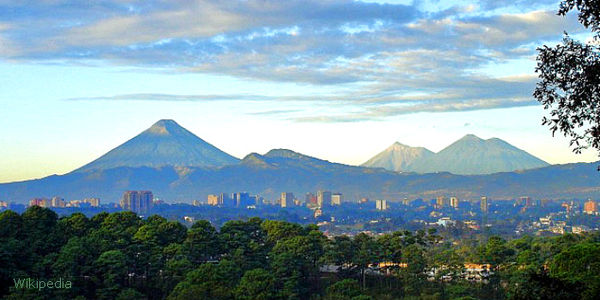 The Guatemalan Government has joined others in the Western Hemisphere in criminalizing community leaders trying to protect indigenous communities from the expansion of transnational industries on indigenous lands. These activists, say several Guatemalan news sources, are being targeted for simply trying to protect the people and their environment.

Two prominent leaders - Domingo Baltazar and Rigoberto Juarez - were arrested and jailed for what are believed to be trumped-up and false charges when they traveled to Guatemala City last March to make complaints about human rights violations. Although they have been charged with a long list of crimes including kidnapping and murder, Juarez told Truthout that the government has no evidence against them.

These are trusted leaders who are defending the will of their people. According to Truthout, an overwhelming majority - over 46 thousand indigenous and mestizo community residents - have voted against these projects, with concerns over displacement and the loss of many sacred places.

The criminalization of human rights activists must end in Central and South America, beginning with Guatemala. Sign this petition to demand the release of Rigoberto Juarez and Domingo Baltazar!

Truthout’s report on the incarceration of Blatazar and Juarez says this treatment of community leaders follows a trend that began with “Washington's global war on terrorism” that has spread throughout the southern Hemisphere and has led to governments in El Salvador, Honduras, Paraquay, Equador and others passing “draconian anti-terrorism laws." This trend, adds Truthout, has, tragically, resulted in "a return to the climates of conflicts and enemies of the dirty wars of the 1970s and 1980s."

Based on numerous reports, Juarez and Baltazar represent the will of the vast majority of Guatemala’s indigenous peoples who do not want transnational companies infringing upon their lands, their sacred grounds and their rights. Most reports agree on the fact that Juarez and Baltazar were merely seeking peaceful and lawful redress for violations against these rights and harassment of other community leaders when they were falsely accused and arrested.

According to Cultural Survival, “Juarez’s arrest adds to the list of now 15 Q’anjobal Maya activists from Huehuetenango who have been arrested without evidence since 2012,» corroborating Juaraz’s statement that the government has no evidence against him.

Truthout notes that the murder charges against Juarez are “clearly false.” as “all witnesses state” that the murders “were carried out by a vehicle associated with the former mayor of Santa Eulalia."

Also clear is the reason for these incarcerations. Again, according to Truthout, Guatemala's “Ministry of Energy and Mining has shown little intention in respecting the concerns of the communities of the largely indigenous populations of Huehuetenango. In 2009, the ministry approved the license for the construction of a hydro project in Santa Cruz Barillas to the Spanish firm Ecoener Hydro Energy, which also includes investments from members of Guatemala's national oligarchy.”

Truthout’s report states that “The criminalization of activists in Guatemala is something that is reflective of a trend that is occurring across the Western Hemisphere." However, President Morales, you must not allow this trend to continue and take this region back to the destructive climate of earlier decades. Truthout also notes that with your inauguration in 2014, two political prisoners from Santa Cruz Barillas, Saúl Méndez and Rogelio Velásquez, were released from prison.

Therefore, I, the undersigned, request that you take a leadership role in South and Central America in reversing this trend of human rights violations with the immediate release of Rigoberto Juarez and Domingo Baltazar. I urge your government to stop treating community leaders like terrorists!

Thank you for your serious consideration of this request.