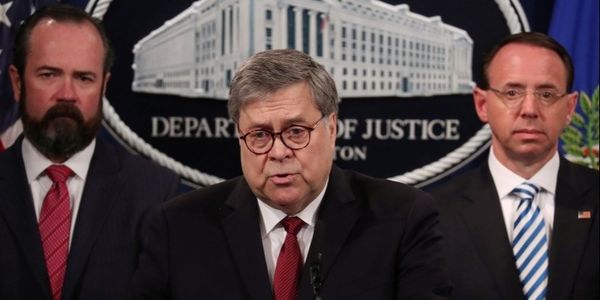 As Trump's Attorney General William Barr held a press conference ahead of the release of the Mueller report, both the right and left clearly realized his purpose: to spin the report one last time as a positive for Trump and to influence Americans' thinking before we'd have the chance to actually read it for ourselves.

That's the only reason that Barr wouldn't simply release the report, which Americans have waited two years for and have every right to see, having funded it through our tax dollars. And in doing so, he completed the job that Trump hired him to do.

Barr was handpicked because of his stated opposition to the special counsel investigation. To think that he would do anything other than continue his opposition to it, to think that Trump would replace Jeff Sessions with anyone other than a loyalist sycophant, was misguided at best.

But never was the AG's intention to act on Trump's behalf, rather than on behalf of the rule of law, more apparent than when it came to downplaying the gravity of the 10 separate episodes of obstruction revealed in the Mueller report that Barr was falling over himself to downplay. Again, this is the highest law enforcement officer in the nation who held a public press conference to proclaim that ten separate instances of obstruction of justice were not a big deal. That is a horrific abdication of his duties as attorney general.

Of course, Barr has proven beyond a shadow of a doubt that he is working only on behalf of Trump, in the capacity of his personal lawyer, while twisting himself into knots to distort the law to better serve the criminal he is protecting. And that is utterly unacceptable.

We, the undersigned, demand the William Barr resign immediately after betraying the trust placed in him by the American people to protect Donald Trump. He will go down in history for his actions, and must not be allowed to "serve" for a second longer.