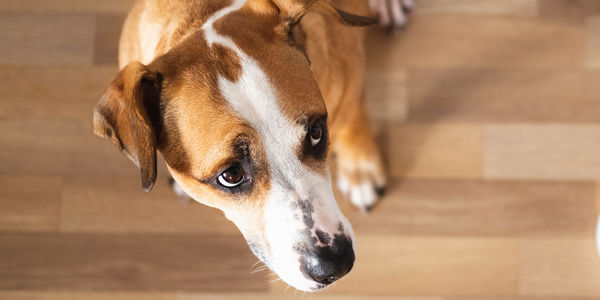 He Kicked and Threw His Dog, Then Dropped it Off with a Groomer and Hoped Nobody Would Care

Someone outside a pet grooming studio in New Jersey recently witnessed something disturbing. A man pulled up in front of the groomer's office. He brought his small Jack Russell terrier out of the car. Then he repeatedly kicked the dog and threw it against the vehicle.

After that, the man dropped off the poor shaken animal at the groomer's and acted like nothing had happened.

Luckily, the benevolent stranger notified authorities, who confirmed the entire horrific episode via surveillance videos from local businesses. But if this person hadn't been there at that exact moment, and hadn't had the kind instinct to speak out for the abused animal, things could have gotten so much worse.

Like veterinarians, pet groomers see companion animals up close and personal. They are some of the few people outside a family or household who really get to see what's going on with our pets, even potentially uncovering signs of abuse like evidence of cuts, bruises, or injuries. So even if no one else ever witnesses what happens to helpless animals, they can see the telltale signs of cruelty.

But if they never tell anyone, those little animals will go right back to the abusive people who hurt them day in and day out. Groomers are in the perfect position to keep pets safe - but they could lose a lot of business if they don't have the law on their side. That's why all groomers must be classified as mandated reporters. With that classification, it would mean that all groomers must report suspected cruelty to authorities, by law. It's an important way to make sure that animals who are harmed don't slip through the cracks.

Veterinarians have examined the man's Jack Russell terrier and found that, amazingly, it somehow managed to avoid sustaining any injuries from its owner's attack. That part is great. But truly this small dog just got lucky - and we need to make sure animals aren't just relying on luck to get by.

Sign the petition to demand that New Jersey create a mandated reporting law for pet groomers! We must protect all companion animals from cruelty and abuse.
Sign Petition
SHAREShare With FriendsTWEETEMAILEMBED
Sign Petition
See more petitions:
You have JavaScript disabled. Without it, our site might not function properly.

Care2
He Kicked and Threw His Dog, Then Dropped it Off with a Groomer and Hoped Nobody Would Care
SHARETWEET