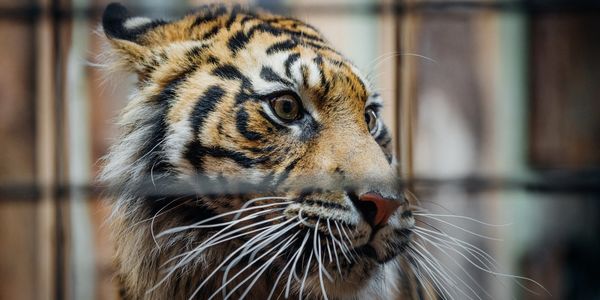 The “Tiger King” may be in jail, but the animals he kept captive continue to suffer

It may feel like the events of Netflix's documentary "Tiger King" were ages ago, and that the dramatic abuses of both human and animal life have been resolved -- Joe Exotic is locked up, his horrific Greater Wynnewood (GW) Exotic Animal Park shuttered, and his criminal partners Doc Antle and Jeffrey Lowe facing charges for various offenses of dealing with and exploiting vulnerable wild animals without proper permitting, licensing, or care.

But even though he is tied up with the law, Jeffrey Lowe has continued to exploit, abuse, and neglect animals that were transferred to his care when Joe Exotic was sentenced to prison time. Even though the GW Eoxtic Animal Park was closed, Jeffrey Lowe took its poor imprisoned animals to a new "Tiger King Park" -- shamefully named, no doubt, in order to capitalize off of the documentary -- where unthinkable cruelty continued.

Sign the petition and demand that the U.S. Fish and Wildlife (USFWS) and United States Department of Agriculture (USDA) save each and every animal from Tiger King Park! If it comes to it, President Biden must get involved!

Luckily, the big cats at Tiger King Park were recently saved from their lives of misery under Lowe's imprisonment. Lowe was found to be in violation of the Endangered Species Act for many reasons after USFWS and USDA inspections, which led to the seizure of 69 big cats. The Justice Department described them as "harmed and harrassed." Specifically, many of them were underweight. Some were riddled with worms. Their paw pads were rubbed raw, irritated and deteriorating from completely unsuitable enclosures which also caused lesions and ulcers on other parts of their bodies.

And those were the cats that were saved. One USDA inspector noted that three young cats, babies just under a year of age, died from malnutrition before they could be rescued from the Tiger King Park, and two others "died under suspicious circumstances during the same time."

And now, news of the continued and rampant animal abuses towards the poor creatures left behind at Lowe's facility come from an investigation by the animal welfare non-profit SHowing Animals Respect and Kindness, or SHARK. You see, the big cats were able to be rescued since they are protected under the federal Endangered Species Act. But many, many other animals still imprisoned there are not so lucky.

SHARK decided to take drone footage of the Tiger King Park after federal authorities left because they had a feeling Lowe would not stop his cruelty. And they were right. Horses, ponies, goats, wolves, primates, tortoises, lemurs, emus, foxes, and even a camel -- the list goes on and on -- were filmed in deplorable conditions.

Someone was rarely present to care for the many animals. The property was littered with garbage, "used cans of oil and bleach," and worst of all -- decaying animal carcasses, piled high and shimmering with flies. The shelters and enclosure appeared barren and rundown; the camel on the property was filmed lying flat on a dirt floor, straining its poor neck under a metal fence to try and get the blades of grass just beyond its reach. SHARK president and founder Steve Hindi wondered, "If the camel was really being properly and adequately fed, why does he need to do that?" Neighbors of the park noticed that some of the animals have literally been let loose, left to fend for themselves instead of being properly cared for -- a porcupine, peacock, and albino raccoon were all observed in this way.

Sign the petition and demand that U.S. leaders including President Joe Biden see that Tiger King Park be completely shut down, and all of its animals rescued!

Care2
The “Tiger King” may be in jail, but the animals he kept captive continue to suffer
SHARETWEET