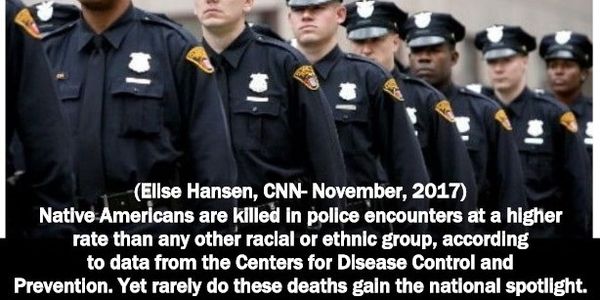 Ban the BIPOC acronym or simply remove the "B" in front. Also, place the term "Indigenous" before "black" in all social injustice issues on Turtle Island as Black colonists should not take presedance due to the fact Indigenous People are racially oppressed & targeted far more than any other demographic in our own territories.

Fighting racial injustice is a vital issue these days and definitely ought to be fought. However, growing evidence leads to the fact that the Black Lives Matter narrative is creating a bigger racial divide, with greater instances of racial violence.

Never mind the fact urban Indigenous people are racially targeted by ALL colonists, including colonial POC in stores, malls, university campus', transit centers and housing units. This aside from the fact we're forced to pay them rent... on our own lands!

Why is "black" put before "Indigenous" in every sentence on this continent when it comes to injustice? BIPOC is a redundant acronym of colonial propaganda to keep people's focus on black colonial rights over Indigenous and other marginalized POC issues.

Indigenous people are killed at higher rates than black people in the U.S according to the CDC but go unreported. We don't even exist in American stats! BLM even shamed an Indigenous woman trying to speak up for our people at a BLM rally.

BLM is spreading mistruths about homelessness & police on black violence stats in Canada. This is NOT a race war, it is a "War on Poverty", and the most vulnerable as police/POC are coming forward and testifying to. It is also a war on crime... of which the poverty stricken most represents POC in the eyes of the colonial society. HENCE, IF YOU CAN'T TOE THE COLONIZING LINE, YOU'RE THE ENEMY.

When I asked BLM advocates to acknowledge Indigenous people experience systemic racism from all colonists no matter their color, many refused. Utilizing the same language white-supremacists use against them to deny racism… against me.

There is a growing number of black American's who oppose BLM because of the lies and violence they bring to the arena of social justice issues.

LET'S FIGHT INJUSTICE BUT NOT WITH MORE VIOLENCE AND LIES. Because...  #AllLifeMatters