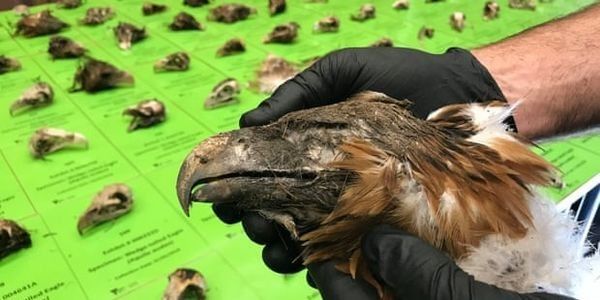 He Killed More Than 400 Protected Eagles, But the State Wont Charge Him with Wildlife Crimes

Over a two-year period, John Auer, along with his farmhand, killed hundreds of protected birds in and around Tubbut, Victoria, Australia. According to the reports, they would kill sheep, inject poison into their necks and then leave them around the property on which he worked. He hoped that wedge-tailed eagles — Australia's largest bird of prey and a protected species — would engorge itself on the sheep carcass and die. And die they did. Officials found a total of 406 dead eagles along with other protected birds.

Sign to demand that Auer faces real punishment for murdering these amazing birds.

Auer caused over 400 birds to suffer and die, and has single-handedly attempted to destroy an entire population of protected birds.

Yet the state Department of Jobs, Precincts and Regions charged him solely for misusing agricultural chemicals and NOT for the murder of 406 protected birds of prey. His punishment was a simple slap on the wrist, a 17,000 US dollar fine, and NO jail time. That's just $40 per dead bird. Last year Auer's farmhand, Murray James Silvester, 59, got off similarly easy.

This was an extremely egregious crime, one that involved the killing and torture of hundreds of animals. It's impossible not to believe that Auer and his farmhand should be behind bars for years. But in Victoria, prosecuting crimes against wildlife doesn't seem to be a priority. That needs to change.

Luckily there is still time for the state to redeem itself. The Department of Environment, Land, Water and Planning (DELP) can still charge Auer under the Wildlife Act. If they did so, he would rightly face a more severe sentence of a $237,125, six months in jail, or both.

Punishment must reflect the damage abusers have inflicted.

Please sign the petition and demand that Victoria charge Auer under the Wildlife Act. They must take a stand against those who kill wildlife.

Care2
He Killed More Than 400 Protected Eagles, But the State Wont Charge Him with Wildlife Crimes
SHARETWEET