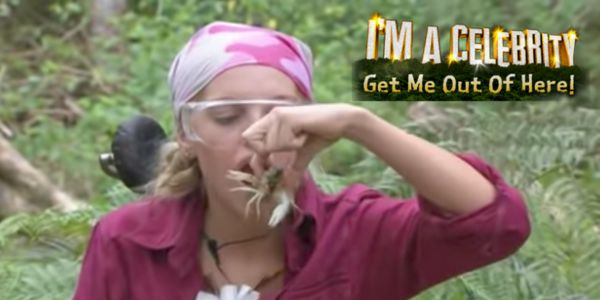 The super popular TV show "I'm A Celebrity … Get Me Out Of Here!" regularly features live trials that involve animals being hurt, stressed and even eaten alive.

The popular show takes recognizable celebrities into remote areas, where they are forced to compete in outlandish "trials" for food and other supplies. Many the contests involve horrific acts of animal abuse such as participants eating live insects, grabbing live animals out of tanks, or forcing them to lie in confined spaces with animals that can be crushed to death when the participants move.

The public has repeatedly made their feelings clear about this disgusting abuse by lodging complaints with broadcasting watchdog Ofcom, but Ofcom has failed to take any action.

Please sign this petition to demand that Ofcom take action against "I'm A Celebrity..." to STOP animals being hurt and killed for entertainment.

Animal rights campaigners are also asking the show to stop its cruel trials. PETA Director, Elisa Allen, says animals are often "terrified, abused, and even killed for a cheap, immature laugh." Allen branded Ofcom's decision not to take any action against the show as "shameful."

Animal abuse isn't entertainment — it's cruel, unnecessary, and it needs to stop. Please sign my petition, and stand up for vulnerable animals who are being needlessly abused for reality TV.