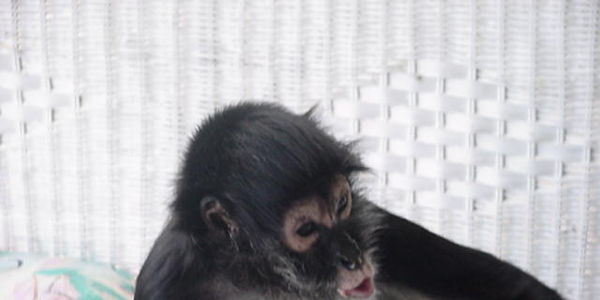 DO NOT PASS THE PRIMATE SAFETY ACT!

THE PRIMATE SAFETY ACT SOUNDS GOOD, BUT IS VERY DETRIMENTAL TO ALL PRIMATES, as well as other Exotic Animals. If this passes, movement of these animals in our country will be so restricted, that important - sometimes crucial - medical aid will be taken away from them, and hold their companion owners PRISONER in the states where they reside.

This bill has been made to DO NOTHING MORE THAN SCARE THE PUBLIC AND PUNISH EXOTIC OWNERS.


Do you know that:
• Monkeys have been pets of humans since the beginning of time - long before dogs and cats?
• A pet monkey has NEVER KILLED anyone?
• Monkeys are NOT CHIMPS OR APES OR GORILLAS?!

Consider these facts about public health risks:
• From 1995 to 2005 there were 80 injuries from pet monkeys but most of them were scratches!
• ZERO instances in the US that ANYONE has gotten a disease or died from the bite of a pet monkey!
• CDC statistics prove the fact that there has been NO disease transmission or death from pet monkeys!
• Primates sold in this country are bred in USDA accredited facilities and do not carry inherent diseases!

These changes in the Lacey Act would just duplicate existing laws because:
• Most states have laws prohibiting animal cruelty or neglect.
• Countless cities and local governments have ordinances or codes in place to address these issues.
• For endangered species, there is already an Act in place prohibiting sale in the international arena.
• Every state already requires a health certificate for entry into the state.
• It should be left to the states to make these decisions - not the Federal government.

Whoever is lobbying you, whether it is HSUS, PETA or BCR, or any other activist group - you must know that all of these organizations are under investigation for illegal acts and criminal offenses! And yet you listen to them!!! The only people who really care about animal welfare out here are responsible animal owners! Most exotic owners are MORE THAN responsible. You are making exotic pet owners feel like second-rate citizens, or criminals, when nothing could be further from the truth!

Non-human primate owners in particular are very serious about the appropriate care of their pets, as these companion animals are as much (or more) a part of their families, as are dogs and cats. Do you have any idea the amount of the money needed to purchase and take care of an "Exotic" animal? Most "Exotic owners" have money and freely spend it. And remember, all exotic owners can vote. And they will - especially when they see their rights being taken away at every turn in the road.

The exotic pet trade, whether non-human primate - or otherwise - has always been a big part of the economy.
• Owners spend a lot of money.
• Breeders stimulate the economy and employ thousands of people.
• Veterinarians, retail stores, and pet food manufacturers support exotic animals, and all make money on the same.

Now please think about the following negative consequences which come with implementing these changes in the Lacey Act:
• Exotic owners would no longer be allowed interstate travel with their pets in cases of emergency like personal or animal health or evacuation.
• Owners would not be able to visit family members in other states and take their pets with them.
• Owners could no longer attend educational opportunities such as seminars & conventions for enriching their non-human primates and/or other species.

This is just too much overreach by big government!

The public doesn't trust the government any more in ANY aspect. People are just TIRED of too much government intervention. We can't eat what we want, drink what we want, school cafeterias can't serve what they want (and are throwing away 60% of the foods being served to the kids). People can't discipline their children, teachers can't teach, and now individuals can't own the pets that they want? Further, if this change is made, thousands of exotic owners will be held captive in their states, not being able to travel outside state lines.

Please, BIG GOVERNMENT, just leave things alone and DO NOT SUPORT THIS BILL.. The Lobbyists have this wrong, and you should realize it is a mistake. It sounds like a good thing from the title but - it is just a guise to limit more of people's freedoms - and costing a lot of unnecessary expenditures along the way.

This bill claims to solve a problem that does not even exist!

Care2
DO NOT PASS THE PRIMATE SAFETY ACT!
SHARETWEET