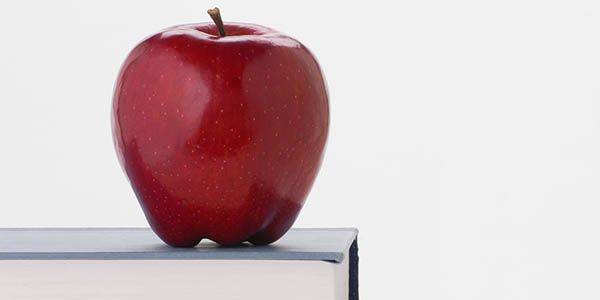 Suzanne Blake is a Principal with a terrible track record within Los Angeles Unified School District.  She was relieved of her duties at 2 previous schools, yet was placed as the Principal of John F. Kennedy HS in Granada Hills for school year 2011-2012 when the previous Principal retired.  In the 2.5 years since taking the helm of the school, she has only further established her reptuation as a terrible leader who has no business running ANY school, any where.

The undersigned are demanding an investigation by the District into the failed leadership by Ms. Blake and we want her removed from the school during said investigation, with possible terminiation upon the District's findings.  We are also asking that members of the press recognize the culture of cronyism and protection that LAUSD has established and uses to unfairly target teachers while shielding it's leaders from accountability and conduct their own inquiries.

We allege that Ms. Blake has, among other things:

1.  Systematically targeted the termination or interruption of sports programs throughout the school: (i.e. the alleged termination of the swim program, volleyball, and the firing of the coaches of the Baseball, Softball, and Football programs through manufactured charges and deceit).  She terminated the Booster club on campus which funded athletic programs and also ran the Snack Bar at football games, which was a source of fundraising for clubs and groups on campus.

3. She has worked to remove and lessen the influence of the PTSA from the school and blocked or hindered Parent inquiries into her methods.  She has flat out told some parents they are "not allowed on her campus."

4. She with her Assistant Principal, Ms. Yela Dirlam, and Librarian, Ms. Leslie Garcia, have fabricated and forced student signatures for a variety of "activites" for the ARC Program (arc-experience.com).  This is a federally-funded program with taxpayer dollars.  Ms. Garcia has forced her regular day students to sign in for after-school classes that are sponsored by ARC which results in the school receiving federal money.  Students have complained to Ms. Blake about being forced to do this and no discipline was handed down to Ms. Dirlam or Ms. Garcia.  Students admit to being made to sign in in the morning of the school day but that they must leave the "time" section blank, and many of those students do not attend any of the ARC offerings.

5.  She has changed the fundraising abilities of all groups on campus by making any and all fund raisers have to split the monies raised 50/50 with the Student Body funds.  Then when groups/clubs have requested money from that fund because they could not fundraise, they were denied funds.  The recently fired Softball coach fought this repeatedly and was recently fired for a bogus reason.  This has greatly reduced the number of clubs and activities after-school.

6.  The Senior Council for the current school year had several student leaders allege bullying by the faculty advisor, Ms. Leslie Garcia.  When they, led by the Student Body President went to Ms. Blake with their allegations against the teacher, it was the students who were bullied by the Administration.  Ms. Blake refused to investigate and file any paperwork against Ms. Garcia, and instead she removed the student who was Student Body President from his position, as well as other leaders in the class.  She threatened all of the students with further repurcussions if they filed complaints against her or Ms. Garcia.  Blake routinely bullies students and staff.  In fact, much of the staff will not self-identify on this petition or in any other format for fear of retribution and loss of their jobs.  And complaints to her bosses have gone unanswered or cannot be made for fear of retribution.

7. She initiated the firing a popular full-time substitute teacher for a private facebook message he sent to colleagues complaining about her. She manipulated the paperwork filed against him with the District to not give the committee a clear picture of the entire situation and alleged that his comments were public.  This paperwork was later reviewed by the State Credentialing Commission and it was deemed he never should've had any action taken against him.  The NLRB has found that facebook messages are 1st ammendment right protected.

8.  She, and Ms. Yela Dirlam, put students safety in jeopardy in 2012 when they over-loaded buses for the graduating Seniors headed for Grad Nite at Disneyland.  Students complained to teachers on Facebook and by text message. The same teacher mentioned in #7 suggested that students have their parents call the local district to complain, and that was also used against him in his termination. One of the buses was involved in a minor traffic accident that night and the administration worked to sweep the information under the rug with the firing of the teacher.

9. She has targeted specific teachers for replacement or transfer and has told some directly that they should transfer to another school or be fired.  She has violated Worker's Comp laws by refusing to allow a teacher back into the classroom after their approved leave, and then tried to bully the teacher into retiring or transfering.  She has hired her friends for positions without the process of interviews or the inclusion of other members of the staff.  Teachers, however, are afraid to grieve her for fear of retribution.  The culture of fear and intimidation borders on violation of union rights and protections.   Several teachers have transferred from under her at each of the school she's been at - either to avoid bullying and unfair targeting, or for fear of their livelihood.

10. School enrollment has dropped severely under her and students at area middle schools are refusing to go to Kennedy, which was once the top choice for students in the area. The Kennedy school spirit and work morale is at an all-time low. It is a direct reflection of her failed leadership. More teachers stand to lose their jobs at the school because of this falling enrollment.  With lowering enrollment, Kennedy stands to lose an additional 4 Teachers, 1 Counselor, and 1 Administrator for SY 2014-2015.

11. In her first year, she directed the Deans Office and her "Assistant Principal" Kristi Santi (not officially her title yet she has business cards saying so) to push out as many "bad" students as possible to the Jane Adams Continuation school or to other schools.  The logs of Opportunity Transfers will reflect their forcing out of students with discipline issues, and at times ignoring 504 plans and behavior modification plans. In one instance, she allowed a substitute teacher to lead the proceedings against 2 girls who had got into a fight and were later kicked out of the school, their home school.  This violated the girls educational rights to due process.  No Dean or Principal was in their proceedings.

12. Students attending Grad Nite in 2012 were forced to pay for their $90 tickets in cash only through the student store.  No receipts were generated and when the President of the PTSA went to collect the proceeds, she was given only $500, when the actual proceeds were well over $5,000.  When confronted by the local area PTSA chapter President, she relented and gave a bit more of the money.  Much of the cash was never recovered and no records exist for it. This has been reported to the Inspector General's Office of LAUSD.

13.  She has had over 9 coaches and teachers under her watch be placed in LAUSD's "rubber room" or be fired, however there's been no inquiry as to why she is still allowed to be in charge of a school with "so many problems."  Should a leader not be responsible for all those under her employment?

14. She and her administrators have directly told teachers that they need to make their classes "less rigorous" and to pass more kids.

15. Her and her Administrators routinely refer to the staff as "You Kennedy people", separating themselves from the staff as a whole and making it an Us vs. Them climate.  This divisive climate has destroyed employee morale which in turn makes teachers less effective at their jobs.  They are also less willing to participate in the leadership of clubs and groups on campus, thus taking away many activities after-school for students to grow and be enriched.

16. In spring 2012 a fight broke out on campus after school.  The fight was broken-up  by security and the students then took the fight to outside the gates of school and across the street to an alley.  Ms. Blake, the assistant principals, and other staff were directed to follow the students who were about to fight to the limits of campus, watch them leave campus, then lock the gates behind them.  This put students safety at risk as they were literally forced to the streets with no presence of adults to try to keep the calm. This is indicative towards her attitude of "not on my campus so we can't get sued" mentality.  This puts children at risk.

We, the undersigned, are tired of seeing our place of employment/alma mater/school/child's school continue to have a failing of leadership leading to the destruction of careers and educational opportunities for the children of the school.  LAUSD has a convoluted system and difficult system for parents to complain about a Principal.  They must drive to the local district office to fill out a form that is not easily made available to them online or at the school site.  Phone calls and emails to District leadership are routinely ignored.  The process is intimidating to non-native English speaking families and translators are not made available for complaint procedures.

We implore you, Dr. Deasy, to seriously consider looking into the career of Suzanne Blake and recognize that her record speaks for itself.  She is a self-serving, ego-manic who put her career interests before all other things and it has led to several careers being damaged and the interests of children and parents being put as secondary.  She lies and deceives the upper levels of LAUSD leadership and hides behind her relationships and connections.  She has been unwanted at multiple schools and has failed the student populations consistently and routinely where ever she has ended up.  She should not be an employee of the Los Angeles Unified School District and we urge you to act.