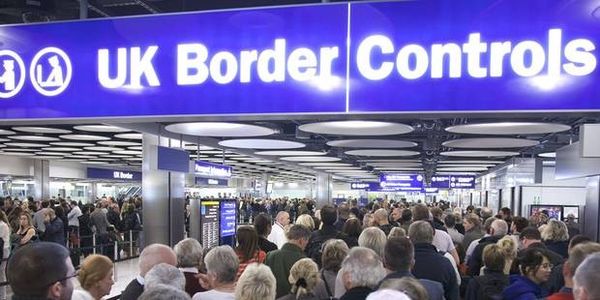 Please sign and share this petition worldwide in an effort to stop the humiliating and illegal practice of Home Office officials when interviewing gay and lesbian asylum seekers. We not only demand that these officials follow specific guidelines in the questions they ask but also that they be complete sensitivity and diversity training. There is no reason to present really personal, intrusive, degrading and lurid questions to anyone seeking asylum!!

During interviews at the UK detention centers, many gay and lesbian asylum seekers are reporting numerous inappropriate questions asked of them. Those asking the questions were presented with clear guidelines as to the types of questions to ask, although most seem to disregard the rules and interrogate intrusively!! Some people stated they were asked such questions as:

UK Immigration barrister Colin Yeo states that “This is an unacceptable investigation of a gay asylum claim. Clearly, something is going terribly wrong here. This is the worst I have seen, but these sorts of intrusive, abusive questions are features of Home Office interview practice, particularly in cases involving sexuality.  The underlying problem is that officials believe everyone is a liar. It leads to a fundamental lack of respect for the people they are dealing with.”

This is extremely inappropriate behavior during an asylum interview session at the Home Office in the UK. This clearly violates everyone’s human rights and the questions have nothing to do with seeking the shelter and protection within the United Kingdom but are of a sexual nature. Something is terribly wrong here with this type of interrogation. “It appears they are trying to prove someone’s sexuality rather than establishing whether they have a legitimate fear of persecution,” states gay rights activist Richard Lane.

As a rebuttal to these charges of inappropriate queries, a Home Office spokesperson said: "The UK has a proud history of granting asylum to those who need it and we do not deport anyone at risk of persecution because of their sexuality. All applicants are required to establish they face persecution, inhumane or degrading treatment in their home country to qualify for our protection." Despite this statement, these are very invasive questions that have nothing to do with a person’s eligibility within the country.

Please sign and share this petition worldwide in an effort to stop the humiliating and illegal practice of Home Office officials when interviewing gay and lesbian asylum seekers. We not only demand that these officials follow specific guidelines in the questions they ask but also that they be complete sensitivity and diversity training.

UK Home Office Officials – You need to train all your interview staff on proper guidelines to follow when helping anyone who is seeking asylum within your country. A personal’s sexuality and sexual preference has nothing to do with whether they would face persecution, inhumane or degrading treatment in this home country to qualify for your protection. Not only are the questions being asked inappropriate and intrusive but clearly against all rules and guidelines. Those procedures should be taught and followed or offenders should face consequences. Interviewers also need to adhere to some sensitivity and diversity training that will treat all asylum seekers fairly and equally without prejudice and humiliation.