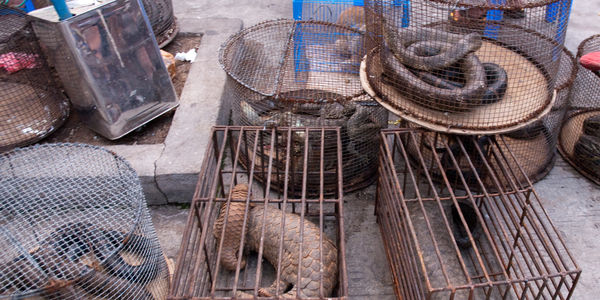 We Must Close Down ALL Live Animal Markets To Prevent Future Pandemics!

You are likely familiar with the theory that the novel coronavirus responsible for our current global pandemic may have exploded out of a wet market in China. What you may not realize is that those kinds of markets -- where the animals are alive and then sold live or slaughtered on site for buyers -- exist in many countries, including the U.S. So even though China closed down some of theirs, the next deadly disease could come from any corner of the globe at one of these dangerous markets. That's why scientific consensus is that it's time to end live animal markets altogether.

Will you sign the petition to call on the U.S. to lead the charge in eradicating live markets?

A zoonotic disease is a disease that originates in an animal and then transmits to a human. This can happen in a number of ways including human contact with bodily fluids, ingesting meat from an infected animal, or sometimes even touching a surface an animal has touched. The CDC says that "three out of every four new or emerging infectious diseases in people come from animals." With these numbers in mind and this history to learn from, how can governments still allow wet markets to operate?

Beyond the obvious threat to human health, these markets are just plain cruel. Animals are forced into tiny cages while they await their brutal slaughter. Not to mention the markets are less regulated than formal grocery stores, making them the perfect venue to sell endangered species and other illicit wildlife; everything from pangolins to turtles and live wolf pups.

What is sold at a live market depends on what animals are culturally acceptable for human consumption in a given region. But regardless of the types of animals, scientists say you couldn't create a better situation for the spread of a virus: tight quarters of too many species, secretions, and urine mixing together. These markets shouldn't exist as they are a petri dish for diseases. Not to mention torture camps for the animals that are killed there, or sold still alive.

New York City has 80 such markets and a bill has already been raised to shut them all down. But these markets exist across the country and many are notorious for being unhygienic and operating in residential neighborhoods, where they are altogether too close to susceptible populations.

It's time for the U.S. to ban live markets altogether. Will you sign on?

Care2
We Must Close Down ALL Live Animal Markets To Prevent Future Pandemics!
SHARETWEET