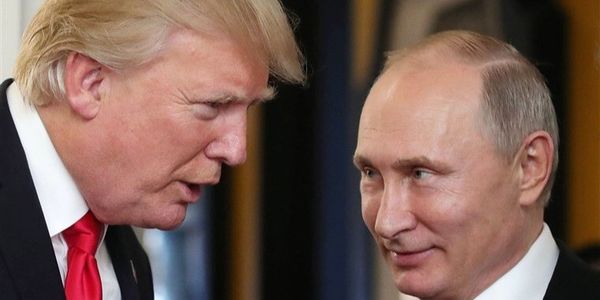 Despite assurances that Trump had no business with the Kremlin, a bombshell report has revealed that he was indeed still pursuing the construction of a long-awaited Trump Tower Moscow well into his presidential campaign.

To make matters worse, Trump's former personal lawyer, Michael Cohen, revealed that representatives of the Trump Organization intended to gift the $50 million penthouse suite to Russian President Vladimir Putin, creating a direct financial link with the leader of the hostile nation while it was meddling in the 2016 election on behalf of Trump.

If it seems like foul play is afoot, that's because it is. Numerous members of the Trump team assured Congress that there was no contact between them and the Kremlin. Not only does this development directly refute that, but it is proof that they lied to Congress — a felony — to protect the president and his shady business deals.

While Republicans were content to settle for a fruitless investigation into this administration, the American people now have proof that such a probe was ultimately little more than a circus.

We, the undersigned, demand a REAL congressional investigation into this administration's efforts to establish backroom — and perhaps quid pro quo — deals with the Kremlin at the same time that it was rigging the election in Trump's favor.

No more political cover from complicit Republicans, no more softball questions, no more lies. America wants the truth about the president's collusion with Russia — now.