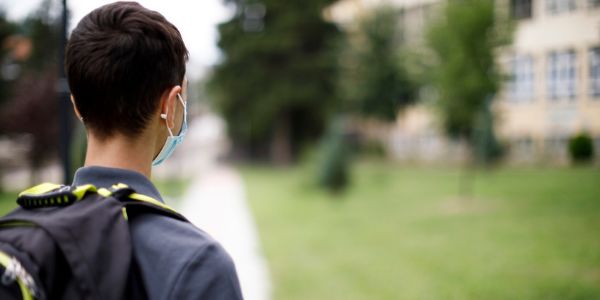 ANOTHER Deadly School Shooting Has Happened in America. It's Time to Ban Assault Weapons NOW!

UPDATE: Since the time of this writing, another student has died as a result of their injuries, bringing the death toll up to 4 teenagers, the youngest of which was just 14 years old. It is also being reported that the gun the shooter used was purchased by his father just four days prior to this mass killing, and his parents had met with the school about their son's troubling behavior just hours before the shooting began. There is so much that should have been done differently to protect the kids at this school, but one thing is clear -- this shooter never should have had access to an assault rifle. Keeping signing and sharing the petition.
-----
The teenagers at Michigan's Oxford High School shouldn't have known what to do when they heard the first gun shots, but they did. These kids were raised on active shooter drills and reportedly turned off the lights and went into the corners of their classrooms to text their families they loved them. All of them except the 10 students and 1 teacher who were reportedly shot in just a few minutes by a semi-automatic weapon. Three are dead, all teenagers. The alleged shooter, a fellow student, is in custody. But this never should have happened.

Sign the petition if you are sick of this needless violence! Demand the United States finally bans assault weapons now!

It's every parent's worst nightmare and a fear that children across the U.S. live with every single day. Parents would love to tell their kids they don't need to worry, but that's objectively false. This happens frequently, across the country, across socioeconomic backgrounds and across age groups. The fact of the matter is that there is simply no reason for such a massive amount of weapons meant for literal war to be circulating in the community of civilians.

Assault-style rifles are designed to kill a lot of people really quickly. That is their sole purpose, and that is why they are used so often in mass shootings. Oxford High School explained they took the threat of shootings seriously: they did frequent active shooting drills, didn't allow weapons on campus and had multiple security guards. Those "precautions" don't stand a chance against an automatic weapon.

It is time to say enough is enough. Sign this petition to demand that the U.S. Congress acts now to pass legislation banning assault rifles.