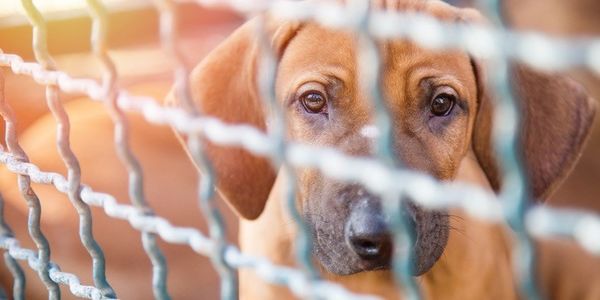 Litters of Tiny Puppies Were Starving in This Dog Breeder's Home. He Must Never Own Animals Again!

Investigators in Manchester, UK recently discovered several litters of puppies locked up in hidden crates, crying out, and starving in a dog breeder's home. Some little babies were so badly malnourished, rescuers could see the animals' skeletons pushing out against their skin.

Even worse? There wasn't any food or water in the home for the creatures.

The animals were all Cane Corsos, a type of mastiff that are supposed to grow to be large protector dogs. But far from being able to defend others, these little pups couldn't even defend themselves.

In fact, the breeder euthanized one puppy days before authorities visited his home. He claimed the animal had been in poor health -- not a surprise considering how he'd been mistreating the helpless animals. But instead of taking his responsibility to provide proper veterinary care seriously, he chose not to spend the money required to help the pup.

For those puppies that remained alive, he shoved them into several crates and carriers, then hid them underneath bedsheets scattered around his home. And that was the extent of their lives: barren cages, insufficient food and water, and not even any toys, bedding, or items for social enrichment.

Previously, officials had visited his home in the fall of 2020 and discovered a dog with cuts on her body that seemed both new and quite deep. Authorities presumed she sustained these injuries from dog fighting.

If authorities knew this dog breeder was not taking care of his animals as far back as 2020, then why did they allow him to still breed and own dogs? It's no surprise that more recent visits revealed continued abuse, neglect, and cruelty!

The man has since admitted to animal cruelty in court. A judge ordered him to be fined, briefly jailed, and banned from having animals... but only for five years. This dog breeder has spent years harming innocent little pups. Authorities must ban him from owning or breeding pets, for life! There is no justification for ever allowing this man around animals again. We must keep dogs safe! Sign the petition.
Sign Petition
SHAREShare With FriendsTWEETEMAILEMBED
Sign Petition
See more petitions:
You have JavaScript disabled. Without it, our site might not function properly.

Care2
Litters of Tiny Puppies Were Starving in This Dog Breeder's Home. He Must Never Own Animals Again!
SHARETWEET