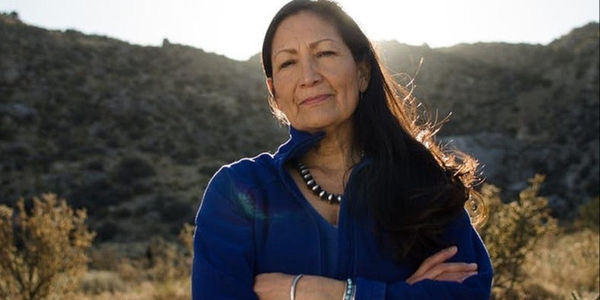 The Nevada Department of Corrections (NDOC) has instituted a genocidal attack against the Native Americans and their "Religion." The Government of Nevada is supporting the confiscation and destruction of ceremonially consecrated Eagle Feathers, Medicine bundles, sage, cedar and sweetgrass, and the forbidding of Native religious ceremonies. Navajo prisoners are denied the corn pollen with which they traditionally pray.

Correctional Officers under the order of the Chaplain have and are destroying property, physically choking out, tasing, beating and locking up in the Hole any Indian who speaks out. Native prisoners are attacked repeatedly, being called "Prairie Niggers," "Dirt Worshippers," and "Devil Worshipers." See documentary THE HOLE by Rev. Mercedes Maharis.

Most of these Native American men and women inmates have served our country to defend our Constitutional rights. As you know the same ones being denied are Veterans, many suffer from PTSD, many are trying to follow their traditional ways to heal and to survive a brutal imprisonment.

At Lovelock Correctional Center, the Chapel, a Federal and State funded State building, is run by Chaplain Scott Davis along with the Warden of Lovelock Correction Center (LCC). They have banned Native Americans from any access to the Chapel, restricted a small patch of ground where they held sacred ceremonies, and forbidden access to the Native American media library--all rights held for years and still held by the other "approved" religions, including Satanism.

Chaplain Scott Davis told a recent inmate "There's a new sheriff in town. Just call me David Duke," said Chaplain Scott Davis, "Indians are not allowed in this Church." Chaplain Davis, whose only previous church was in his basement, and his wife who controls the food services, have self-identified as QAnon members. (This information is from a Native American former Chapel Clerk and former sergeant in the US Army, as well as a former Nevada Prison Chaplain.)

After years of petitioning, a group of Native American men set up an Intertribal Lodge which did not allow drugs, drinking or gang violence. Their goal was:

(1) to offer healing for victims as well as offenders.

(3) to share via the Media at the Chapel the Native American History, Culture, and some of our "religious" beliefs.

This Lodge was for Warriors, those who would face their worst foe—the enemy from within—to follow the best they could on the Red Road and leave better persons than when they came.

Documenting this abuse of religious rights, a Deacon who served as Chaplain at Lovelock Prison for five years has written Nevada officials—and been ignored:

"During my time there, my responsibility to insure that all of the twenty-eight religions recognized by the Nevada Department of Correction (NDOC) were afforded fair and as equal opportunities to practice their Faith beliefs as defined and described in the Administrative Regulations.

Any recurring hindrances or suppression of religious activities that infringed upon recognized religious practices as defined in the AR's made it necessary for me to compile files in my office to readily refer to, in defense of AR specified religious expression. Religious groups most targeted were basically all non-Christian religions and especially: Orthodox Jews, Native Americans, Muslims, Messianic Jews and the various form of Paganism.

I'm told by several sources, that all of the contents of my chapel file were collected by Operations and completely purged from the Chaplain Office."

At this time, several of these other religious communities have brought lawsuits to defend their own prisoners, but Native American prisoners do not have access to such aid. That is why the families of these prisoners are asking you to sign this petition asking for Secretary of the Interior, Deb Haaland, to please help us.