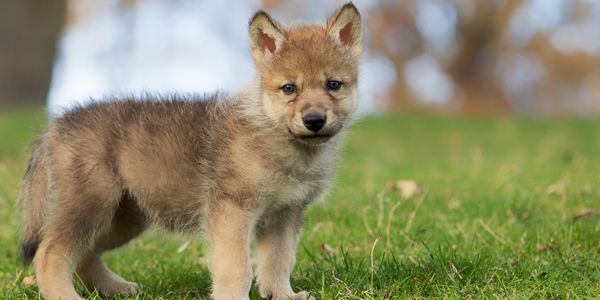 Trump Is Allowing Hunters to Kill Baby Bears and Wolves in Their Sleep!

The Trump administration is infamous for a great deal of things, just one being its affinity for hunting and hunters' rights. During his time as president, Trump has made it a priority to grant hunters their wildest dreams -- he has opened up more and more public lands for killing sprees, allowed countless endangered species' body parts to be imported to the U.S. as trophies, and installed some of his closest personal friends and members of the hunting community into positions at important conservation organizations, such as the Fish and Wildlife Services. And now, his latest scheme to appease hunters is to allow them to take up the most antiquated and cruel hunting tactics -- including killing babies and mothers in caves and dens as they sleep.

Sign the petition if you think the National Park Service needs to immediately withdraw the newly published rules that would allow hunters to employ these terrifying hunting methods.

In a recently released set of policy rules from the National Park Service, the agency essentially erased rules that were written during the Obama administration meant to protect vulnerable, endangered, or protected wildlife. Over 20 million acres of habitat in Alaska and the animals that live there are at stake.

Now, hunters can use dogs to hunt bears -- the practice is as brutal as you can imagine, especially knowing that those dogs often outnumber the poor bear they are chasing. Hunters will also be able to use spotlights to disorient and blind sleeping mother bears and their cubs, or wolves and their pups, so that they can shoot them cornered in their shelters. They will be able to use unfair baiting techniques in a time when climate change has affected bears' and wolves' food supply. They will even have free rein to shoot caribou as they swim, when they are most vulnerable and exhausted.

Why roll all of these rules back that have our precious wildlife in mind? One need hardly ask about Trump's motivations -- he has had the backs of those in the hunting community for his entire career. His oldest son, Donald Trump Jr., constantly brags about his own trophy hunting -- in 2019, he illegally shot and killed a rare Mongolian argali, and then miraculously received permission afterwards. In 2020, he paid for the chance to shoot an iconic grizzly bear. The Safari Club, who lobbied for these rule changes, auctioned off a 'dream hunt' in Alaska with Don Jr. himself.

The thin reasoning behind which the administration is hiding is that these hunting practices will decrease predators, and therefore increase other prey wildlife such as deer. But hundreds of scientists who oppose the rule change say that there is not enough evidence to support the idea that by removing hunting restrictions for predators means that other animal populations will increase.

This is an obvious attempt to appease hunters, and will only lead to the needless pain, suffering, and potential depopulation of some of our most precious species. Please sign the petition today demanding that the National Park Service withdraw these rule changes immediately!
Sign Petition
SHAREShare With FriendsTWEETEMAILEMBED
Sign Petition
See more petitions:
You have JavaScript disabled. Without it, our site might not function properly.

Care2
Trump Is Allowing Hunters to Kill Baby Bears and Wolves in Their Sleep!
SHARETWEET