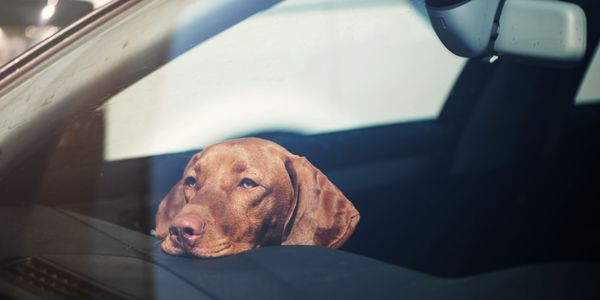 It's Illegal to Rescue a Dog From a Hot Car in These Two States!

Summer is upon us, and we're experiencing heat that, if you aren't careful, could be deadly. And not just to humans. Some pet owners don't realize how dangerous it is to leave your pet in a hot car, especially when it's not even that hot out. Did you know that if it is 75 degrees outside, the inside of a car can heat up to 94 degrees in just 10 minutes? Thankfully, some states have protections for good samaritans who rescue dogs from hot cars. But in New Jersey and West Virginia, if someone tries to save a dog locked in a hot car, they could get into hot water. In these two states, although it is a crime to leave animals in hot cars, no one is allowed to rescue them.

Sign the petition to urge New Jersey and West Virginia lawmakers to adopt good samaritan laws that make it legal to save animals in hot cars!

Dogs are totally at our mercy, unable to make the choice to get out of a car when it starts to become an inferno. Not only that, they're actually more sensitive to heat! When the weather is hot, leaving a car window cracked doesn't do much to help an animal trapped inside, according to Katherine Wood, a criminal justice fellow at the Animal Legal Defense Fund. "It's problematic for dogs because, unlike us, they can't sweat, for the most part. They're a lot more susceptible to overheating, and they can go into heat strokes very quickly."

There are 14 states with laws that allow citizens to rescue animals from hot cars. While rescuers in these states must satisfy certain requirements to avoid legal trouble, at least it is possible to save an overheating pup! How many more animals must die horrible deaths while trapped in a car, and how many more will die because it is illegal to rescue them?

Sign the petition to urge New Jersey and West Virginia lawmakers to adopt good samaritan laws that make it legal to save animals in hot cars!

Care2
It's Illegal to Rescue a Dog From a Hot Car in These Two States!
SHARETWEET