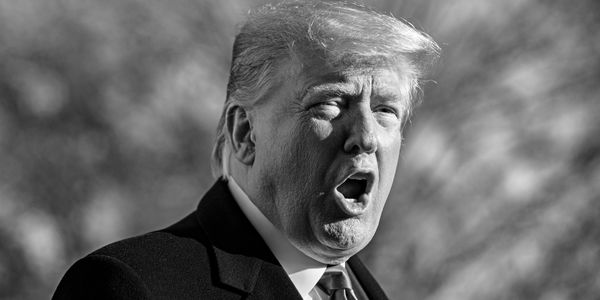 Tell the U.S. Senate: Consider the evidence for impeachment and convict Donald Trump!

For the third time in American history, the House of Representatives has impeached a president.

Far from treating charges against Donald Trump with the seriousness they deserve, the Senate's Republican majority is ratcheting up the spin machine to preemptively exonerate their ethically bankrupt leader, evidence and common sense be damned. And they're mixing a bitter cocktail of misdirection and willful ignorance to help them win the day.

But the facts in the case aren't seriously disputed. Rather, House and Senate GOP members have bounced from one flimsy defense to another, continually moving the goalposts to confuse voters, muddy the waters, and claim fleeting victories from one news cycle to the next.

For the sake of American democracy, the rule of law, and ethical decency, we cannot let that deeply cynical plan come to fruition. We must hold our elected leaders to account. The president deserves due process and a fair trial in the Senate. Relevant witnesses should be called and questioned. Evidence laid forth. And then Trump should be removed from office for abuse of power and obstruction of Congress.

We know this because the evidence is both publicly available and crystal clear. To paraphrase Trump's handpicked ambassador to the EU, of course there was a quid pro quo with Ukraine. Everyone was in the loop – including multiple senior administration officials – and understood that to be the case. Trump's chief of staff Mick Mulvaney told the American public this sort of bribery happens all the time and to just "get over it."

Well, we can't. And we shouldn't. Demand the US Senate hold a proper trial, hear from key witnesses, present the evidence, and remove President Trump from the office he is so woefully unfit to hold.