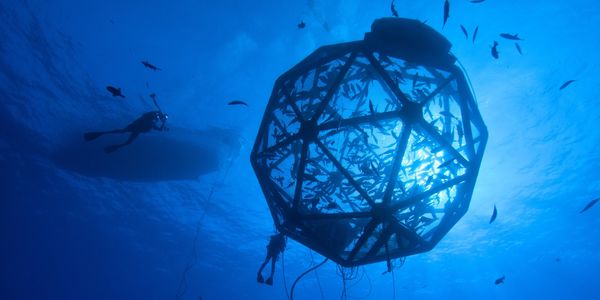 Sign the petition below, telling President Biden to Revoke EO 13921!

We, the undersigned, urge you to revoke Executive Order 13921: Promoting Seafood Competitiveness and Economic Growth. EO 13921 was issued by the Trump Administration on May 7th, 2020, and is still in effect today. As you have fully or partially revoked over a quarter of the Trump-era executive orders that could jeopardize your administration's work to improve our environment and economy, we are stunned that EO 13921 has not yet been repealed. By continuing to support this policy, your administration is putting coastal communities, marine ecosystems, and consumer health at risk.

Offshore finfish farming crams thousands of fish into massive net pens in open waters. They will not benefit the United States as whole, but would siphon benefits from our shared resources to profit a few corporations in the industrial seafood and agriculture lobby. These megacorps are working to advance the same land-based food production models that pollute waterways, contribute to poor nutrition and human health problems, and force farmers to sell their land. Expanding their influence to our Federal waters is a serious threat to the health and wealth of U.S. coastal and fishing communities that are already struggling.

Industrial offshore fish farms would contaminate our marine waters with drugs, chemicals, and untreated wastes, while creating a breeding ground for pests and diseases. Due to the projected increase in pollution and other ecological damage caused by these farms, the value of wild-caught fish and wildlife populations could decline. Allowing this EO to stand could decrease seafood production, or replace wild caught fish with farmed fish, thus undermining historic fishing communities and offering the public low-quality fish.

Current science supports these concerns. You previously promised to follow science as part of your election platform, so we urge you to consider the following:

Coastal communities and marine ecosystems should be protected by investing in independent fishing livelihoods, marine conservation, and small-scale sustainable aquaculture. We urge  you to instead focus on aquaculture systems that are site specific, scaled to benefit communities, and that don't conflict with traditional fishing, cause pollution, or harm human health.

Your decision to maintain the aquaculture provisions in this Executive Order gives the green light to continue this Trump-supported dirty industry. EO 13921 is not the answer to the multiple social, economic, and ecological challenges we are facing as a nation, especially during an ongoing global health crisis and climate chaos. We respectfully ask that you fulfill your campaign promise to follow the science and revoke Executive Order 13921.