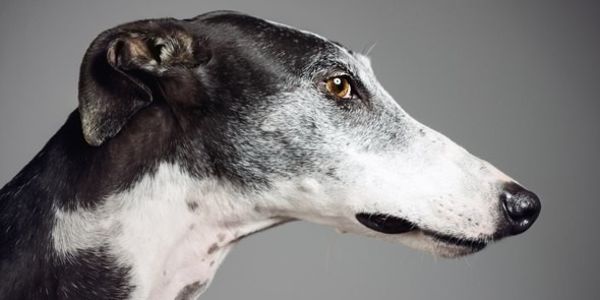 400 dead greyhounds, all in the name of profits for humans. Sign to ban greyhound racing in the UK!

Even though the level of cruelty varies, in every situation where an animal's worth is tied up with profit, exploitation and abuse can be found. We see it in commercial dog breeding, horse racing, dogfighting, and of course, greyhound racing.

The sport is so ugly and cruel that it has been banned in 40 out of the 50 United States. But in the United Kingdom, greyhound racing is thriving -- and greyhounds are dying.

Sign the petition and demand that the government of the United Kingdom finally ban the antiquated, bloody sport of greyhound racing!

In the year 2020, while the world stayed indoors in order to stop the spread of the novel coronavirus, many greyhound races were cancelled -- in fact, they were down nearly 33%. And yet, almost the same number of innocent dogs died on site at these race tracks as they did the year before, meaning the cruelty only increased.

Over 400 greyhounds whose callous owners raced them for profit died or were euthanized. Some of them were killed on the racetrack or euthanized on site due to injuries that were deemed too expensive -- these poor dogs' lives were deemed not worth the money, even though they only ever made money for owners, tracks, and gamblers. Others reached the ripe old retirement age of just four or five, only to be assessed as unsuitable for rehoming and thus killed. These dogs' lives of work and turmoil made it "impossible" for them to adjust to life outside of tiny kennels, tight muzzles, and never ending loops of running, and so they were murdered.

Clearly, a racing greyhound's life is far too likely to end in misery. But the beginning and middle of its life are just as terrible. Bred to be fast, puppies that are born and judged to be losers are culled or sold off into often terrible circumstances. Dogs that make the cut are sometimes kenneled for 23 hours a day, only let out when they are forced to run for their human captors' gain. Muzzles are used as "long term solutions" -- as opposed to thoughtful, supervised training tools -- so that greyhounds can be kept in close proximity, sometimes two dogs to a tiny cage, and subjected to mental and physical turmoil without their fear and aggression turning into fighting and injuring each other. Afterall, they need to live uninjured long enough to make lots of people lots of money. But after they can't rake in the profits, they are disposed of.

Enough is enough. The Greyhound Board of Great Britain has promised again and again to prioritize greyhound welfare. But it's obvious that welfare is the antithesis of greyhound racing -- the sport cannot exist without cruelty, and so it shouldn't exist at all.

Sign the petition and demand that the UK ban greyhound racing!

Care2
400 dead greyhounds, all in the name of profits for humans. Sign to ban greyhound racing in the UK!
SHARETWEET