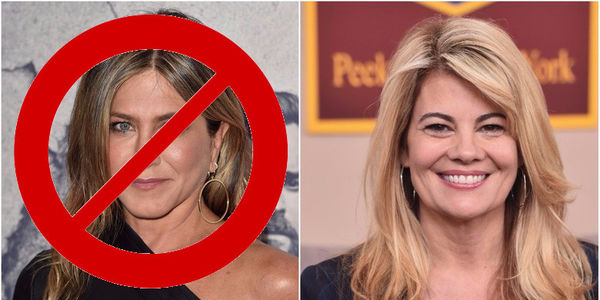 "The Facts of Life" and "Diff'rent Strokes" are two shows that were very popular with many people, especially children of the 1980s. Many of those 1980s children, myself included, were gay, lesbian, or bisexual. With "The Facts of Life" in particular, the first episode was about women showing affection towards each other and making stereotypical assumptions based on how someone dresses, something LGB people have dealt with for years and still do to this day. To cast Jennifer Aniston in the "Facts of Life" portion of the live show airing on ABC on Thursday, December 9, 2021 is reprehensible when "Friends," in addition to being woefully unfunny and relying on anti-gay "humor" to pander to heterosexual audience members' prejudice against us, is an all-white ripoff of Kim Fields' other successful sitcom, "Living Single" which co-starred Queen Latifah who recently came out of the closet. In addition, "Facts" broke ground by casting a woman with cerebral palsy, Geri Jewell, who later came out as a lesbian. This flagrant miscasting is an affront to both LGB people and the differently abled.

Though it is very short notice, we, the undersigned, will not be watching this or any more of your network's live TV events unless you fire both Jennifer Aniston and Kevin Hart. There is no reason to reward people for either passively enabling homophobia or actively engaging in it. None whatsoever. Please consider replacing both actors with openly gay actors instead.