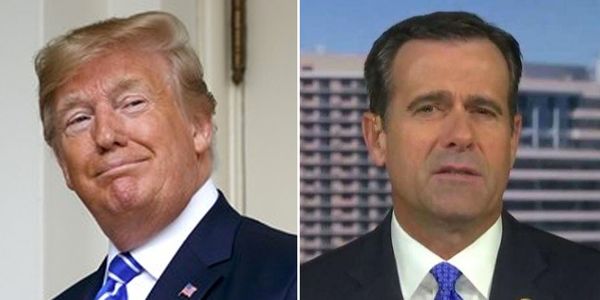 On February 28th, President Trump once again nominated the supremely unqualified, three-term Texas congressman John Ratcliffe to be the Director of National Intelligence (DNI), one of the most consequential posts in the entire federal government.

Ratcliffe, you may recall, was briefly nominated for the same post last summer, where he was met with swift, bipartisan criticism for his lack of any relevant experience for the job. That nomination lasted all of five days before being mercifully withdrawn.

Nothing of merit has changed in Ratcliffe's resume since last summer, of course. Like Richard Grenell, the man currently keeping the DNI seat warm in an acting capacity, Ratcliffe's chief qualifications seem to be saying nice things about Trump and ignorant, disdainful things about our intelligence community on TV. The only difference now is Trump has been acquitted and seems to believe there are neither consequences for his actions nor qualifications for appointments beyond blind, obsequious loyalty to him.

Ratcliffe has been openly dismissive about Russian interference in U.S. elections, shamelessly promoted baseless theories about conspiratorial "deep-state" operations within the intelligence community, and been dogged by allegations of exaggerating his resumé.